When the UN’s expert on human rights and extreme poverty recently chronicled the impact of the British government’s “harsh and uncaring” austerity agenda, anyone with a social conscience would have burned with shame. From families choosing between eating or heating their homes to the destitution of people with disabilities, Professor Philip Alston lamented how “ideological” policy choices created a “social calamity and an economic disaster rolled into one”.

Labour is rightly committed to rolling back the catastrophic politics of austerity, but with an election looming it should also seize the opportunity to ensure such change is profound and lasts for years to come. The Labour Campaign for Human Rights is urging the party to do so by committing to embed its mission for social justice in new protections for our most basic – and most neglected – of human rights.

Taking a human rights approach matters. As the UN’s expert made clear, poverty in modern Britain is not just an affront to social justice but also a violation of human rights on a massive scale. The story of how millions of people have suffered from austerity is also a story about how Britain’s legal and political systems have failed to protect rights that are core to the dignity and wellbeing of us all.

While Labour can be proud of the protections offered by the Human Rights Act and Equality Act for many of our rights, these Acts offer few safeguards for our human rights to food, education, housing, health and work. These rights, known as ‘economic, social and cultural rights’, have long been recognised by the UK through binding international treaties, but never translated into domestic law.

Without such protections, communities have been left defenceless against benefit cuts and the underfunding of public services. When two women brought a legal challenge to the government’s imposition of a cap on benefits, for example, the Supreme Court agreed this policy contravened the UK’s international obligations on child welfare. But the court said it was powerless to overturn the policy because the relevant treaty had never been incorporated into domestic law.

The impact of Labour giving legal protections to these rights through a Social Rights Bill could be profound. Had a legal right to food existed before 2010, it could have forced changes to the brutal social security policies that have led to an explosion of food banks. Looking forward, a legal right to health could require governments to adequately fund the NHS, while a legal right to work could help bring UK employment law into line global standards on pay, conditions and the right to organise.

In introducing a new generation of human rights protections, Labour would be responding favourably to consistent calls from a wide range of UN bodies, civil society organisations and the UK’s own Equality and Human Rights Commission. And in doing so, there are many examples to draw on. Dozens of countries from Finland to South Africa have already introduced such protections, and a group of human rights practitioners and academics have produced a draft bill based on the experience of the UK’s Human Rights Act that could provide a model adapted to our own context.

Labour has a proud history of promoting human rights, but while those rights that define our well-being and dignity remain unrecognised and unprotected there remains both much to do, and much to gain. By promising in its coming manifesto to put the right to food and housing on a par with the right to free speech and a fair trial, Labour can truly promote human rights for the many, not just the few.

The Labour Campaign for Human Rights will be holding the Labour conference event ‘The Right to Food: Addressing Hunger in Modern Britain Head-On’ on Sunday 22nd September, at 10am-12pm, in Durham Hall 4, Hilton Brighton Metropole. 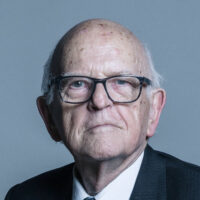 Lord Frank Judd is a Labour peer and honorary president of Labour Campaign for Human Rights.

Matthew Turner is chair and executive director of the Labour Campaign for Human Rights.

View all articles by Matthew Turner