Inspections will be conducted by Her Majesty’s Inspectors – experienced, knowledgeable professionals who will replace part time Ofsted’s additional inspectors who, on average, fulfil 9 days inspection duty a year. Ofsted has simply been unable to solve the problem of the uneven quality of AIs, with all the consequences this has had for schools in the form of bad inspection judgements. Labour’s proposals have the strongest potential to raise the bar on inspection quality.

Whole school inspections will take place according to need rather than on a set timetable and will rarely be across a whole school. Qualified subject or age phase specialist HMIs will conduct targeted inspections into those areas of a school which, evidence indicates, need improvement.

Teachers should be confident, under Labour’s proposals, that their work will be judged by inspectors who are specialists, with the essential subject knowledge and teaching experience to come to valid and reliable judgements – something which Ofsted’s generalist inspectors simply cannot do. (And something which Ofsted has, inexplicably, made worse with its new inspection framework where maths specialists, for example, will be making judgements on the intent, implementation and impact of a school’s English curriculum, or, even worse perhaps, FE managers coming to judgements on a first school’s early years curriculum..)

Accompanying the proposed new inspection model, Labour is also committed to school to school collaboration – based on the London Challenge model which transformed school standards in the capital. Local authorities will be charged with brokering school partnerships and with supporting schools, through an advisory service, to work together to improve standards for all. No school, under these proposals, will be left abandoned by MATS, twisting in the wind and unable to access support from anyone.

Why has Labour made these bold and ambitious proposals? Because the teacher supply crisis is now so acute. The government’s teacher training targets have been missed for the past seven years. Nearly half of those who do become teachers leave within 10 years of qualifying – and leaving rates are rising earlier and earlier in teachers’ careers with a third leaving within five years.

The government is acutely aware of the problem of inadequate teacher supply but its response has been completely inadequate. Ministers know that teachers identify school accountability as the key driver of excessive workload. Ministers know that, despite all their tinkering at the edges, and earnest words about reducing teacher workload, that nothing has happened and that teachers are working harder now than ever before. Ministers know that this situation is unsustainable. But ministers simply have not had the courage to do the most important thing to raise school standards – which is to create the conditions for schools to be able to employ teachers in the right subject areas.

Speaking privately, a long serving government minister admitted that, in his view, Ofsted had, since its inception, been the biggest force for lowering educational standards. DfE officials admit, privately, that Ofsted grades are tied much more closely to a school’s pupil intake and that deprived schools are unfairly downgraded for the poverty of their pupils.

Up till now, however, ministers and officials have shrugged their shoulders. This has now changed. Both Labour and the Lib Dems have now committed to Ofsted’s abolition. Whatever the outcome of the imminent election, this is a body blow to Ofsted. 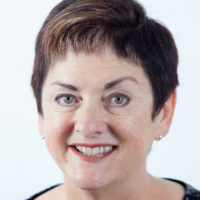