I am proud to have made the shortlist to be Labour’s candidate for mayor of the West Midlands. Together, we have an exciting opportunity to deliver a socialist transformation of the region. I stand on a platform that has been endorsed by five major trade unions, including UNISON and the FBU, as well as the Labour Homelessness Campaign and the largest number of local Momentum groups and CLPs across the West Midlands.

Our team-led campaign gives a voice to local members, community groups and trade unionists, allowing us to offer something radically different: the policies we want to see in action are tailored by the very communities we serve. I’ve pledged to hold a participative regional all-members’ policy conference, where our activists’ policies can be further developed by Labour members across the region.

I am also excited to announce today that I will campaign for the next Labour government to implement the radical policies passed at conference, now advocated by the new, grassroots initiative Labour Campaigns Together.

As mayor, I would endeavour to introduce these policies as far as my powers allow me, with a socialist regional Green New Deal, a trial of the four-day week, policies to eradicate homelessness and more. Our region can be a pioneering one, testing innovative policies to pave the way for a radical Labour government under Jeremy Corbyn.

Action on the climate crisis has not been taken by the Tories, and I’m proud to back the Green New Deal motion passed at conference. As mayor, I will hold a climate conference within my first 100 days of office to bring together the seven local authorities with other stakeholders, the scientific community, trade unions and members of the public in order to build a Green New Deal for the West Midlands.

I was proud to propose the motion to Dudley Council that has made our local authority the second in the region to call for the West Midlands Pensions Fund (WMPF) to be divested away from fossil fuels and I will apply further pressure, because we need an ‘action not words’ agenda for our region.

I will also continue to campaign unreservedly to repeal all of the punitive anti-trade union laws. As a trade union officer, I represent workers in the NHS, and as a vice-chair of the WMCA, I worked closely with the TUC to ensure workers were represented at the highest level. To this day, we remain the only devolved authority to have union representation at board level, and I am committed to ensure that we further bolster worker representation at the highest level. Decisions that affect workers must be decided by workers.

The campaign for a 32-hour week, backed by the Labour 4 Day Week campaign, is also crucial. As West Midlands Mayor, I will lobby government to allow the WMCA to trial a 32-hour gross week with no loss of pay, as per the conference motion. This way, our region can demonstrate the vast benefits to working people and local businesses of a 32-hour week.

I also commend the radical Labour Homelessness Campaign motion passed by Labour conference, which crucially shifts the paradigm on homelessness away from criminalisation and towards compassion. Within the West Midlands, I have stood in solidarity with the Oppose PSPO campaign, who have successfully fought against Birmingham City Council’s consideration of a PSPO. We must prioritise the dignity and rights of homeless people.

As West Midlands Mayor, I will declare a homelessness emergency on day one and encourage our seven local authorities to implement the Homeless Bill of Rights that our campaign has worked on with the national Labour Homelessness Campaign. Alongside that, we will implement 24-hour support and accommodation for all homeless people in our region, as well as pressure our local authorities to use their powers to kickstart a council housebuilding revolution, as part of a coordinated Housing First initiative.

I will lobby central government to increase funding for council housebuilding, and to end ‘no recourse to public funds’ policies. All people, regardless of their nationality or circumstances, must receive the assistance that they need.

Furthermore, with Caerphilly strategy passed at Labour conference, I commit to using the powers of the West Midlands Mayor to introduce substantive policy to improve mental health. The positive impacts of THRIVE, which I was proud to introduce whilst vice-chair of the WMCA to help promote the employability of those with mental ill health, demonstrates the importance of regional policy.

I passionately support the drive, led by Labour Campaigns Together, for these socialist policies to be implemented under a Jeremy Corbyn-led Labour government. If you agree we need to be bold, I encourage you to join our team-led campaign at petelowe.org for action, not words, on a regional Green New Deal, a 32-hour week, ending homelessness, improving workers’ rights, boosting mental health provision and much more.

Liam Byrne: Let’s make the West Midlands a region of sanctuary for refugees 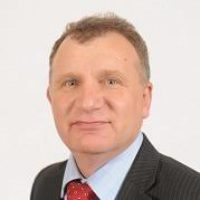 Cllr Pete Lowe is a trade union officer and former leader of Dudley Council. He is running to become West Midlands metro mayor in 2020.

View all articles by Pete Lowe