Over the summer I was privileged to graduate from the inaugural Bernie Grant Leadership Programme. The programme was organised by the Labour Party to empower BAME* party activists, give us the skills and networks to run for elected positions, and “encourage a new generation of BAME MPs”. We were educated on various parts of leadership, such as public speaking and community organising, and were able to talk and network with many influential figures.

What I personally gained the most was meeting so many BAME Labour Party activists – my Bernie Grant sisters and brothers. We varied from political newbies, like myself, to long-standing activists who have been party members since before I was born. We were from each region of the UK, an incredibly wide variety of racial and cultural backgrounds. We were councillors, trade unionists, anti-war activists, and all inspirational people. I left the program with a new political family and knowing full well that our party does not have a shortage of BAME talent in the slightest. Why, then, have our parliamentary selections not reflected this?

Following the 2017 election, Labour has selected parliamentary candidates for over 100 marginal seats. Within these selections, we have seen six (B)AME candidates selected. I bracket the B in the acronym as none of the candidates are black. This is incredibly disappointing and shows Labour going backwards compared to the 2017 election, losing ethnic minority candidates in seats such as Wimbledon, Telford, Loughborough, and Cities of London and Westminster.

I remember seeing this stat earlier in the year and feeling downtrodden. Why were so few CLPs putting faith in BAME candidates? As I said before, we are not at all short of BAME talent in the party. Due to a variety of Westminster shenanigans, we got to a point where Labour has a large number of safe seats requiring candidates. Two in Lambeth (a 39% White British borough), two in Liverpool, Luton South, Ealing North, Enfield North, Nottingham East – I could go on. Many of these constituencies as culturally diverse as all my Bernie Grant siblings.

I am hoping that these vacant constituencies will be the ones that bring around this “new generation of BAME MPs” that the Bernie Grant scheme was made for, or “the British equivalent to Alexandria Ocasio-Cortez” as Momentum claim they want to see. Navendu Mishra’s selection in Stockport is definitely one to celebrate: he is a significant talent within the party, and will be great MP.

I write this article in the midst of many parliamentary selections. Every other day I’m seeing tweets from various politicos starting with “I am pleased to announce I am seeking…”. This is great; many people I admire are running for selection. But some of the candidates running for selection are clearly not as concerned about the lack of racial diversity within our parliamentary candidates as I was, otherwise I would question whether they would run at all.

As members of a political party that claims to care deeply about racial liberation, and represents nearly all the most racially diverse constituencies in the UK, why aren’t more Labour members, trade unions and factional organisations supporting BAME candidates? There are plenty of BAME candidates who have announced that they are running for a selection. They may be less likely to have announced via a well-produced video and already rallying with influential supporters, however.

While none of the defector or retirement parliamentary selections bar Stockport have occurred so far, it doesn’t take a genius to see who has the strongest campaigns, and who is getting endorsed by factions/trade unions. Many of these seats could potentially get BAME MPs, but it could easily go the other way and all these seats could get white MPs. We may not get any new black candidates for these marginal or safe seats, despite many of them having sizeable black populations.

Ultimately, what I want to ask many of the people who are standing for selection, and the factions/trade unions that will be endorsing people, is whether they are OK with that. Are you content with Labour going backwards on diversity, and the Tories overtaking us on BAME MP numbers (as we’re currently tied)? The Labour leadership and brilliant staff and MPs – particularly Dawn Butler – who spent time and resources organising the Bernie Grant Leadership Programme clearly don’t want to happen. I hope the rest of the party agrees.

As a fellow graduate of the Bernie Grant Leadership Programme, I would echo Neal’s comments on the fantastic opportunity it was to learn and to build a network of politically capable, confident BAME People. People who are committed to boosting each other and working collectively to give support, resources and advice. The value of this cannot be overstated, and I left the programme feeling hopeful for the future of our party with such talented, committed rising stars within its ranks.

However, I share his concerns about the lack of BAME candidates being selected and believe that the questions of who stands where, who gains support and endorsement and why, need to be asked and answered no matter how uncomfortable. Representation matters; diverse representation that reflects modern Britain matters. That is why I welcome the commitments made at Labour conference around the reformation of BAME Labour and rectifying under-representation by designating BAME representation priority selections with a fixed minimum number of places reserved on shortlists for BAME candidates.

This is a positive step in the right direction, but we need to go further. We need to look at the grassroots of the party as well as who is selected for office. Are CLPs and Labour groups willing to make meaningful change to engage BAME people in the community and to ensure that campaigns are fought on issues that impact on them? Are BAME members feeling supported and welcome in their CLPs? Are their voices and experiences heard? Is the value of self-organisation at every level respected and understood? Are the progression opportunities and routes for BAME members clear of obstruction? More diversity in politics is vital, but so is more politics in the interest of diversity.

*We use ‘BAME’ as a shortened descriptor for people of Black, Asian or Minority Ethnic background but we both recognise the term is problematic. 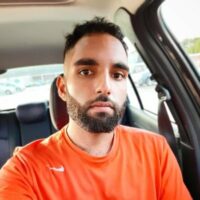 Neal Tank is a Labour activist from the Wirral and a graduate of the Bernie Grant Leadership Programme.

View all articles by Neal Tank 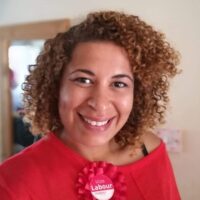 Shelly Darwin is a Labour councillor in Ipswich and a graduate of the Bernie Grant Leadership Programme.

View all articles by Shelly Darwin