Windsor Terrace was the home of the Micawbers, the family the young David Copperfield took lodgings with in Charles Dickens’ classic novel. If you know the book’s plot, you may remember what happened next. Unable to keep up with the rent, clerical worker Wilkins Micawber lost his tenancy on account of heavy debt, and ended up in prison.

While the characters spring from Dickens’ imagination, Windsor Terrace is a real enough place. Nearly two centuries later, I represent it at Hackney Town Hall, as a Labour councillor for Hoxton West. These days, the ward is best known to outsiders as the site of Silicon Roundabout, and parts of it are doing rather nicely, thank you. But its million-pound warehouse flats put roofs over the heads of only a small minority of its 12,000 residents. As my council casework proves, housing need and debt continue to afflict the many.

That’s why I was furious to read that Nigel Farage has dragged my patch into the news, telling a rally in Hull that Jeremy Corbyn is “more about Hoxton” than the North. Naturally, the remarks were gleefully picked up by his cheerleaders at the Daily Mail. The Brexit Party leader’s obvious intent was to paint Hoxton as hipster central, basically the spiritual home of smashed avocado on toast.

Pitting Hoxton against Hull is not just low, stupid and gratuitously offensive. It’s deliberately divisive. That, of course, was exactly why Farage did it. But the Brexit Party figurehead could not be more wide of the mark. For every excitable young man pitching his tech start-up to a venture capitalist while sipping an overpriced skinny latte, there will be a family depending on the food bank at St John’s Church to fill their stomachs.

While I’m not exactly strumming my acoustic guitar and offering to take Farage by the hand, let me lead him through the streets of London. Metaphorically, anyway. Although Hoxton West abuts the City – the wealthiest square mile on planet Earth – its heart very much remains its massive council estates. Indeed, over half of households are in social housing.

It’s a great place to live. But it’s also a typical inner London ward, with typical inner London problems. It is ranked within the 15% most deprived local government wards in England, and would rank higher still if the relative handful of wealthy inhabitants did not distort the average. A few streets in the south are the scene of a night-time economy that makes Hoxton a fun place for 20-somethings to go clubbing. Even that is not without downsides, however, including antisocial behaviour and drug-taking.

You don’t have to read too closely between the lines to spot some of the uglier undertones in Farage’s outburst, either. Only a third of the population of Hoxton West is white British. How Nasty Nigel must hate us, yet we are a strong and diverse community. Our streets bring together old school East Enders, the Windrush generation, and EU citizens who have made Hoxton their home.

I can’t claim to know Hull well. But I’m sure my Labour councillor counterparts in northern towns and cities are taking up the same issues on behalf of their residents as I take up on behalf of mine. Yes, the accents might be different, and the Leave and Remain voters will break down in different proportions. But Britain’s social divide is about class, not region or referendum preference.

Remember, there’s a reason the Brexit Party keeps its mouth shut about the impact of a decade of coalition and Tory austerity. It is because it has no answers for those on low incomes and zero-hours contracts; no answers for those claiming Universal Credit. It is because it has literally nothing to say about the desperate need for the mass social housing programme Labour alone can deliver.

Most of all, it is because Farage’s spuriously concocted ‘Hoxton versus Hull’ stereotype is a false dichotomy that would only occur to a politician with no knowledge of either. In the general election we face next month, Labour can – and will – appeal to both. 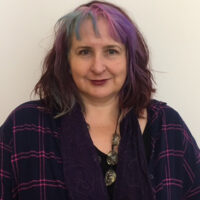 View all articles by Yvonne Maxwell