Forget the red wall. What I want to hear from the Labour leadership contenders is how they plan to win back the seats we lost in 2010. That’s the Northamptons, the Milton Keynes, the Swindons, Gloucester and Lincoln, which swung about a bit during the subsequent two general elections in 2015 and 2017, before finally giving the Tories healthy majorities at the end of Labour’s lost decade. These are the seats that Labour must win back to form a government. That is in addition to becoming a credible political force again in Scotland, where even in 2010 Labour still had 41 MPs.

It is not enough to try to re-establish our national credentials through local government, as Paul Dimoldenberg recently suggested. Labour councils will be important in mitigating the harm done to vulnerable people by a Tory government, in connecting with communities, and developing new ways of delivering a shrinking pool of public services. Fighting for council seats gives us the chance to fight and win locally. But we need to be able to win nationally, and that requires a national politics that appeals to voters in the seats we’ve lost in middle England as well as our former heartlands and Scotland. It will be a politics that resonates with people who want change.

There are modest changes, like an NHS that enables them to see a doctor when they feel sick, schools that stay open on Friday afternoons, pay that enables them to feed their families without going to food banks, housing, and higher education that provides qualifications without massive burdens of debt.

Then there are the bigger challenges. Regulating the gig economy, preventing climate change, building a green economy, restoring Britain’s international relations post-Brexit, after the threatened dismantling of DFID, after the hostile environment for people earning less than £35,000 who want to come and work in the UK.

That’s the politics of change. It’s not a total transformation of our society, restructuring of the economy, tearing up the rulebook and starting again, as advocated during the recent general election campaign. Such policies were trialled in local government and produced Lambeth and Liverpool – searing Labour’s reputation for trust, competence and credibility.

It was a long march back then to electoral viability. We can’t afford the 2020s to be another lost decade for Labour. Our aspirant leaders need to listen beyond the red wall – try Northampton for starters. 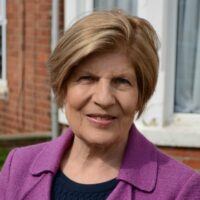 Sally Keeble is the former MP for Northampton North.

View all articles by Sally Keeble