Labour’s current leadership races are being conducted according to rules that have never been used before. Back in 2015, things were simpler: to secure a place on the ballot paper, Jeremy Corbyn needed 15% of MPs and MEPs to nominate him. Under the fresh set of rules agreed in 2018, the requirements are more complicated.

Leadership candidates must now gain 10% of MPs and MEPs, i.e. a total of 22, which was the first stage of this contest. Then they need either 5% of local parties – which is 33 – or three affiliate organisations, including two trade unions, comprising 5% of Labour’s affiliated membership. In practice, the affiliates route means being supported by one of the big five – Unite, UNISON, GMB, Usdaw, CWU – plus another of any size and another affiliate.

Keir Starmer has already secured his place on the ballot paper thanks to nominations from UNISON, one of the big five, plus an affiliate, SERA, and Usdaw. He will likely also get through the local party path. As a clear frontrunner, he frankly doesn’t need much of a strategy. But Team Keir has been clear that they want to maximise nominations, even though he is already through to the final stage.

With help from his campaign chair Jenny Chapman, and other candidates who don’t blame their lost votes on Labour’s Brexit position being too Remain-sympathetic, Starmer is picking up nominations from Leave seat local parties (e.g. Hartlepool) as well as Remain areas (e.g. Richmond Park).

Rebecca Long-Bailey is also likely to secure her place on the ballot paper via both routes. As the candidate closest to Jeremy Corbyn and his politics, she is expected to get the nomination of Unite, Labour’s largest affiliate. Its very large executive body meets on Friday, but its left-wing flank – which has a majority on the executive council – has already decided to endorse Long-Bailey and Richard Burgon. (As an aside, for those curious about the deputy race, a well-placed source says the margin was narrow with just one vote in it for Burgon.)

Long-Bailey has already won the bakers’ union BFAWU, and should get other left-wing unions CWU and ASLEF. As for CLP nominations, she won’t have much trouble, particularly in the North West and the most Corbynite-dominated ones across the country.

The other candidates have a much bigger task ahead. Lisa Nandy, Jess Phillips and Emily Thornberry have received precisely zero local party nominations so far. Nandy has made some progress with affiliates: the National Union of Mineworkers (NUM) nominated her, which matters despite its small size. She would need the support of GMB, plus another affiliate, to get through this way.

If the GMB nomination goes to Keir Starmer instead, Nandy will have to rely on her local party strategy. Yes, she has one – and it’s not bad. Her campaign team will target local parties in ‘Red Wall’ seats where members have just spent a general election being confronted with evidence of both Jeremy Corbyn and Labour’s Brexit position going down like a bucket of cold sick. As the candidate most sceptical of these two factors together – the first implicitly, via her support for Owen Smith, and the second explicitly – the idea is that Nandy will seem like the obvious solution. She will be helped by her MP backers, such as Jon Ashworth, Louise Haigh and Jon Cruddas, to reach other areas of the country. Leave seats will be key.

Jess Phillips has made this task more challenging for herself by admitting in The Guardian that she “probably won’t win” the contest. That’s true, and saying it aligns with the promise in her slogan to “speak truth”, but it doesn’t help with the second part of her tagline – “win power”. It was not a good idea to push Corbynsceptics further towards Starmer.

But if Phillips can get on the ballot paper, it won’t be thanks to trade unions. She could get the nomination of Community, but none of the big five will back her. Instead, she must target local parties – particularly very Remain ones, and it should be helpful that she has several People’s Vote staffers on her campaign team. She can also try to piggy-back off Ian Murray’s deputy campaign in Scotland.

Finally, there’s Thornberry. She formally launched her campaign in Guildford, which was more than a return to her hometown for old times’ sake: the Shadow Foreign Secretary will be hoping to secure nominations in the South East and other Remain-land constituencies that are routinely ignored by the party because they are unwinnable. CLPs in seats with stonking Tory majorities are just as valid.

It is also thought that Thornberry will target seats with which she has a personal connection – Canterbury, for instance, where she stood as a candidate in 2001. But she doesn’t appear to have much of a campaign team in place, and 33 CLPs may well be too big of an ask.

Both she and Phillips, and Nandy if she doesn’t get GMB, may have to make the argument that CLPs should include them for diversity purposes. How effective can that line of reasoning really be, when the CLP nominations are decided by all-member meetings? It makes sense to call on MPs with veto power to broaden the ballot, but making the same demand of CLPs is a bit odd. This leadership election system has never been used before – we’ll see over the next few weeks how it pans out. 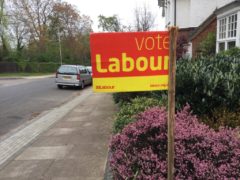 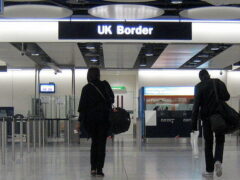