Labour Party members have been left uncertain over leadership candidate Keir Starmer’s stance on The Sun newspaper after an interview this afternoon.

At the first of the leadership hustings events in Liverpool this morning, the candidate stated: “I certainly won’t be giving any interviews to The Sun during the course of this campaign.”

Later, the Holborn and St Pancras MP sat down in conversation with commentator and former Labour adviser Ayesha Hazarika at the Fabian Society’s 2020 New Year conference.

Hazarika suggested that Starmer would need the support of Sun readers to become Prime Minister. Pushed on whether he would give interviews to The Sun as Labour leader, he said: “Well, let’s get to be leader first, and then you can come back and ask me again.”

A source for Starmer said: “There was no rowing back. He was talking in the context of a hostile media environment and the awful treatment by The Sun of people in Liverpool. He then reiterated his commitment, as he stated at the hustings, to not giving an interview to The Sun during the campaign.”

After the event, Hazarika tweeted: “Asked him if he would do any interviews with if he won? Surely he needs some Sun readers to make him PM? He said let’s win this first then take it from there. Was his anti-Sun stance in Liverpool today playing to the room?”

It is clear that the leadership hopeful will not be giving interviews to the right-wing publication during his current campaign, but the option to do so after the contest has concluded is being left open.

At the event, the candidate also spoke about the need for unity in the party, his time working in the shadow cabinet, and the way that the press had treated Jeremy Corbyn during the general election.

On the media’s hostile approach to Corbyn, he said that it had happened with all Labour leaders but added: “This time it was even worse because it was more intense. And I don’t think we can just casually walk past this – something does have to be done.”

The Labour leadership candidate is pitching himself as the unity candidate in the contest, and during the interview said: “We have to end the factionalism. The saying that ‘a divided party will never win an election’ is true. And I think our members are absolutely fed up with the intolerance… Our members are yearning for the division to be over.”

When asked by an audience member about women in the Labour Party and in power, Starmer said: “I think we should all be really proud of the four women that are putting themselves forward to be leader… Those women and many more are the leadership of this party whatever the outcome of this contest, because no one person can do this on their own.”

The leadership contenders are currently vying for nominations from constituency Labour parties – 14 have declared so far and the Camden MP has secured 11, while three have opted for Rebecca Long-Bailey.

Each must get the backing of either 5% of local parties – 33 – or three affiliated organisations, including two trade unions, adding up to 5% of the affiliated membership.

Starmer was nominated by UNISON early on in the race, and has recently been backed by SERA. He has also been placed on a ballot to be put to TSSA members next week. 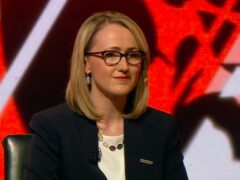 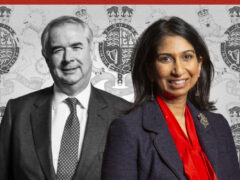 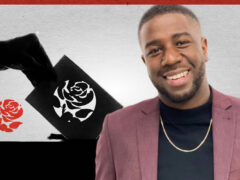