Unite the Union has decided to nominate Rebecca Long-Bailey in Labour’s leadership election and Richard Burgon to be the next deputy leader.

Announcing the decision, Len McCluskey said: “The Unite executive have overwhelmingly endorsed Rebecca Long-Bailey as their candidate for leader. And also Richard Burgon as the candidate for deputy leader.

“It was the view of the executive that Becky has both the brains and the brilliance to take on Boris Johnson. She’s incredibly committed, very strong in her beliefs of a vision for uniting the party and indeed taking that vision to the rest of the country.”

The Unite general secretary added: “We look forward to seeing what happens… Whoever the members vote for, we will of course support strongly, as we try to defend our jobs, our members and our communities over the next five years.”

Long-Bailey already has the backing of the left-wing bakers’ union, BFAWU, and she is well-placed to win the support of communications union CWU next week, which would secure her place on the ballot.

She has gathered seven nominations from Constituency Labour Parties (CLPs) so far, which places her behind Keir Starmer, on the same level of support as Lisa Nandy, and ahead of Emily Thornberry.

Starmer and Nandy have already passed the affiliates threshold to enter the final stage of the leadership contest, with the help particularly of UNISON and GMB respectively. Starmer has also been nominated by 5% of local parties.

Each leadership candidate – including the contenders for the deputy post – must gain the nominations of either 33 local parties or three affiliated organisations, including two unions, amounting to 5% of Labour’s affiliated membership.

Like Long-Bailey, Richard Burgon has already won the support of BFAWU, which means he just needs one more affiliate organisation of any size to reach the ballot paper. Angela Rayner has already secured her place in the final stage.

In a statement, McCluskey described Unite as “confident that Richard will make a superb deputy to Becky, displaying the qualities that have long been absent from that post – pride in our values, a passion for our party to succeed and, above all, loyalty to their leader”. 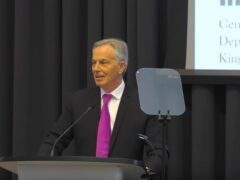 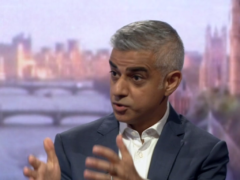