It is all too easy to be downhearted after the recent crushing general election defeat. It’s even easier to get wholly absorbed by the heat of the leadership contest. The new leader will, of course, be important for the party. But any new leader will not make a significant impact on the lives of the communities we seek to represent for many months, if not years.

While this Tory government wrecks our public services and divides our communities, Labour must take control of local and regional government at every level, to deliver an agenda centred on strong Labour values to protect and rebuild our communities. This will also put us in good stead to win the next general election.

We have council and metro mayor elections across the country in May. The fightback begins with these elections. Here in the West Midlands we have a crucial fight, as we have a Tory mayor with a very effective fundraising and PR machine ready to take on Labour – as he successfully did in 2017. Add to this that in December we lost four parliamentary seats in the area. We need to regain ground quickly.

In the Black Country, we saw in the general election what happens when good local candidates are ignored, and instead those with ‘friends in London’ are imposed: we lose, and we lose badly. To win the mayoral election, we need a candidate who has:

There is only one candidate who meets the criteria above: a former nurse, long-standing trade union activist, former Dudley council leader, and previously a vice-chair of the West Midlands combined authority – Pete Lowe.

Pete was born and bred in the Black Country. Politically, he was ‘made in UNISON’. As a trade union activist, he started the campaign that led to the longest strike in NHS history, against a flawed PFI scheme at Russells Hall Hospital. A strike that won the important ‘protection to employment’ model that thousands of NHS workers still enjoy.

As council leader, he protected the most vulnerable from the savages of central government-imposed austerity. And in over 30 years in the Labour movement, Pete has never had to write an article to apologise for public or private comments he’s made, and he’s always made it unequivocally clear where he stands on equalities matters.

To win a Labour government in four years’ time, we need to win back at least six seats in the West Midlands mayoral area. And the mayoralty provides us the opportunity to demonstrate Labour values in action, by using every lever in the devolution agreement to deliver an agenda for radical regional renewal in the West Midlands.

Pete will do this – tackling homelessness with a ‘Homeless Bill of Rights’, and putting workers’ rights and conditions at the forefront of his policy platform by launching a West Midlands living wage. He will also take the climate emergency seriously, holding a green new deal conference within his first 100 days in office.

All paths to 10 Downing Street – for whoever our new leader will be – must pass through the West Midlands. And the best way to clear that path is to elect Pete as metro mayor. That’s why I’m proud that UNISON is backing him to be Labour’s candidate. He’s the real deal. The fightback begins with Pete Lowe – he’s one of us. 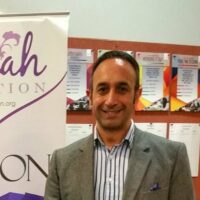 Ravi Subramanian is the regional secretary for UNISON West Midlands.

View all articles by Ravi Subramanian