The stakes for the Labour Party that rest on the outcome of this leadership campaign couldn’t be higher. We face not only a battle to be heard by the electorate, but a fight for our very survival. We now have three candidates marching towards the finish line and ballots will soon start to drop. Now is a good time to pause to consider which leader can most effectively turn our fortunes around.

To think about who can reach out across the divide that has developed between Labour and many voters, and develop a message profound enough to deliver a Labour Government once more. With a majority Conservative government unleashing its horrors upon our communities on a daily basis, there is no time to lose.

Members of the Labour Party – by the very fact that they have taken the step to join a party – are inevitably more politically engaged than the vast majority of the voting public. Let’s be honest, most people are just too busy to be following every twist, turn and nuance of Westminster melodrama. So, when deciding who to support, Labour members need to not only consider the policies and records of the leadership hopefuls, but also put themselves into the shoes of those who are not party members. In the limited time that members of the public have to contemplate these things, they will be looking for someone who speaks to and for them.

Through one vital medium – the recent televised debates – Lisa Nandy stood head and shoulders above the rest. Her answers were clear, and spoken in a language that those beyond the inner working of Westminster relate to. She demonstrated the kind of straight-talking that will confound and expose Boris Johnson at the despatch box. She showed an uncanny ability to disagree with her colleagues whilst remaining respectful – an art that too often seems lost in our current political debate.

The general election was the worst electoral defeat since 1935, so reaching the millions of people with which we need to reconnect is no minor task. We need a leader who can perform well in the media. Lisa has gone toe-to-toe with the likes of Andrew Neil and Piers Morgan and come out on top, which is more than we can say about the current Prime Minister. She leaves a Today programme grilling unscathed, maintaining her cool. We know the next Labour leader will face a rough ride in the media and there’s no point just complaining about it – we need to pick an exceptional communicator who is up to the task.

Labour has a mountain to climb before the next election. And the first step is getting a hearing from people who turned away from us in 2019. There is now plenty of evidence showing that Lisa can get us that hearing. Recent polling from Lord Ashcroft found that Leave voters and Labour-Conservative switchers had the most positive associations with her, as a politician who is ‘down to earth’, ‘likeable’ and ‘in touch’. Ipsos MORI polling found that, among those who know all four candidates, she has the highest favourability ratings.

If you want to see Lisa’s appeal first hand, watch this Channel 4 focus group of former Labour voters. They unanimously see Lisa as the politician who would get them voting Labour again. However, this is about more than just focus groups. Ever since the election, Lisa has been travelling the country listening to the voters that left us in 2019, from Ashfield to Bassetlaw to Plymouth. She is ready to put the work in to win back the communities we lost.

In the time I have served with Lisa in parliament – we both entered in 2010 – Lisa has proven herself to be a politician who stands by her Labour values. Whether that’s taking on Michael Gove on free schools, or standing up for Palestinian rights whilst simultaneously showing zero tolerance for the rising antisemitism that has reared its ugly head in our party in recent years. As Shadow Secretary of State for Energy and Climate Change, she was one of the first politicians to champion a Green New Deal and brought 60 Labour councils together to defend the Paris agreement and cut the UK’s carbon footprint by 10%.

Above all, Lisa has been determined to listen to the voters to understand where we went wrong and to set out a vision for the future. From her pioneering work with the Centre for Towns, she knows that for Labour to be back in government we have to build on the power we have locally and be rooted in our communities again.

This week should mark a turning point in the leadership race. It’s clear that Lisa is a candidate who can win back the country whilst staying true to our party’s values. She will be a leader with the charisma to win back the voters we lost, and to promise a brighter future for those we were founded to represent. Now is not the time to play it safe – it’s going to take a bold offer and a huge amount of bravery to turn Labour’s fortunes around. Lisa has demonstrated she will be a leader who has both in spades. 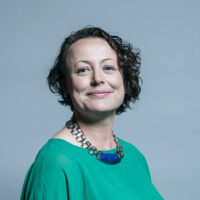