The Labour Party is in my blood. It’s in my DNA. From a childhood spent alongside my dad on various picket lines, protests, Liverpool dockers’ marches and rallies. It’s a childhood full of memories of trade union events, leaflet deliveries and fundraisers right across the country.

At 16 I joined the Labour Party, with John Prescott handing me my membership card on stage at my first regional conference in 2003. My family had already handed me the Labour ideals and values which still stick with me today of compassion, equality and social justice.

These values have served me as a local councillor, constituency Labour Party (CLP) secretary and youth officer. They were at the heart of me creating Blackpool, Fylde and Wyre Young Labour, and when I became Labour campaigns forum campaign chair for Manchester during my time living there in my 20s. They were also fundamental to me standing as a parliamentary candidate in the last two elections in my home town of Blackpool.

Make no bones about it, the election result in December was awful. We felt it nationally, we felt it locally and I felt it as a candidate as the results came in. It is heart-breaking to watch the votes pile up for the Tories, in what often feels like slow motion. A feeling that we had let down those hit hardest by the damage the Tory austerity agenda has committed against our communities.

I was upset personally, but also heartbroken for my home town and so many like it across the country. They need our help now every bit as much as they did on December 12th. We don’t have time to wallow or hang our heads. The fight back must start now.

That starts at branch level within our CLPs, where we’ve seen an influx of new members that we need to convert to regular activists. They are a massive part of our future – helping to spread our message via leaflets, street stalls, social media and door knocking.

The days of boring branch and CLP meetings have to come to an end, because people no longer just want to listen to us work through an agenda. I know I don’t. They want to commit, to take part, to engage. We need to modernise our grassroots levels and organise in our communities so Labour is always there to help.

If elected to the NEC I want to use this position to seek out best practice and share it amongst all CLPs, to help rejuvenate our local parties and make them friendly and enticing again to all. I will tour CLPs up and down the country listening to local members and use new technologies to engage on a weekly basis, so that I can express your views at every NEC meeting.

Let’s make our meeting vibrant again, with debates and discussion on both local and national topics. Let’s make them a place for members to access training and real political educations, learning the values I did as a child. Let’s interact with trade unions and support local workers when they need our support during industrial action, because these simple things are at the core of Labour as a party.

When we get grassroots activism right, we win local council seats, then parliamentary seats and from there we can achieve a Labour government again. That’s the road we must follow, and if we do the fight back will be victorious. 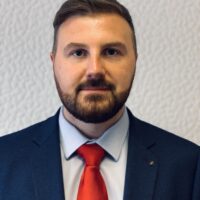 Chris Webb is a Labour member, the deputy police and crime commissioner for Lancashire and was the parliamentary candidate in Blackpool North and Cleveleys in 2017 and 2019.

View all articles by Chris Webb