Ten years of a Conservative government has created a crisis in children’s social care. Nationally, the number of children in care has increased by 28% over the last decade, pushing the system to breaking point. More than 78,000 children are in local authority care and on average a child is referred to children’s services every 49 seconds.

As a Labour council in Leeds, we are fighting back. We implemented a deliberate policy to protect investment in preventative services as much as we can and our outcomes are bucking the national trend. The number of looked after children in Leeds peaked in 2012 at 1,475, or 95 per 10,000 – nearly one in 100. By May 2017, we got the figure down to 1,278, or 78 per 10,000, and it has since remained fairly steady.

Even more encouraging is the news that the numbers of children coming into care from the most deprived areas in Leeds has fallen. Given the scandalous increase in the number of children living in poverty, we would have expected that figure to increase as there is a clear link between deprivation and children going into care. In fact, we have seen a reduction from 449 children two years ago, to an estimated 413 children for 2019/20.

One of the main driving factors behind the reduction was our political decision to focus resources on prevention and early intervention. We directed funding towards a number of evidence based approaches including multi systemic therapy, family group conferencing and maintained and developed children’s centre provision.

We also implemented a focus on keeping children with their birth families where it was safe to do so. The evidence is clear that this delivers better outcomes for children. Working with families early in the life cycle of a problem is the best way to safely and securely keep a family together.

By keeping the focus on early intervention we have not only reduced the number of children going into care but we have also made significant financial savings. If our numbers had increased at the national rate it would have cost Leeds an additional £13.3m each year, instead we have been able to take that money and reinvest it in vital frontline and preventative services.

Another startling effect of our focus on early intervention and prevention is the impact on childhood obesity levels. Last year it was reported that Leeds is the only English city to have reduced childhood obesity rates among four and five year olds, with the biggest impact again in the city’s most disadvantaged areas.

The childhood obesity rate among deprived children in Leeds fell from 11.5% to 10.5%, with the overall figure for the city falling from 9.4% to 8.8%. The decrease relates to over 600 children. This was achieved through the council’s public health team working with the HENRY charity to train health visitors and staff in the council’s children’s centres to deliver advice programmes.

Nationally, over 1,000 children’s centres have closed under the Tories. In Leeds the Labour council has kept all 56 of ours open. The centres played a vital role in the childhood obesity work and I’m proud that our decision to protect them has paid off.

But children in Leeds are not immune from the pernicious impact of Tory austerity. We know that there are 33,000 people under the age of 20 in Leeds living in poverty, with 70% in households where at least one person is in work.

As a Labour council, we are driven to do all we can to mitigate the worst effects of this and to support our children. We have ensured that council strategies are centred on making Leeds the best city for children and young people to grow up. They are placed at the heart of every decision we take.

The success of our Child Friendly Leeds (CFL) strategy rests on the partnership working we have developed in all sectors across the city through our CFL ambassador network. We now have over 900 businesses, organisations and individuals who have signed up and made pledges as to how they will help us achieve our shared ambition.

Children and young people across the country deserve the best start to life possible, they deserve the opportunities to really make the most of their lives and fulfil their potential. This is a basic ask and, while Conservative cuts make it very difficult, in Leeds we have shown that a Labour council can make a huge difference to the outcomes for children, including the most vulnerable, through our relentless focus on early intervention and prevention and by making children the focus of everything we do. 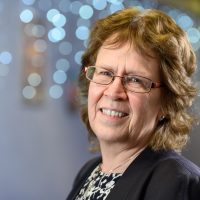 Judith Blake is leader of Leeds City Council and chair of the LGA’s children and young people’s board.

View all articles by Judith Blake