Labour members across the UK are weighing up their options with voting about to start in our party’s leadership and deputy leadership elections. All the candidates have rightly recognised that the route to a Labour government runs through Scotland, as it always has. That recognition is due in no small part to the role of Scotland’s only Labour MP, Ian Murray, who is standing for UK deputy leader. I wholeheartedly encourage members across the country to vote for him.

But recovery in Scotland is about more than understanding Scotland. It’s about the recovery of the Scottish Labour Party, too. The next Scottish Parliament elections are barely a year away, and our party must pick itself up after a disastrous General Election result, or we risk another five years of SNP austerity – cuts to Scottish councils; neglect of Scotland’s hospitals and schools; and an obsession with constitutional division.

There is another Labour contest taking place in Scotland, with members being asked to choose our new deputy leader. I am standing in this election as the change candidate. I am honoured and humbled to have received the support from 60% of CLPs, 60% of nominating councillors from across Scotland, and 92% of nominating parliamentarians. And I have been supported by the majority of affiliated organisations, including the GMB, USDAW, the Jewish Labour Movement and the Scottish Co-op Party.

They all understand that Scotland desperately needs change. A change of government; a change from nationalism and constitutional uncertainty; a change from the culture of cuts passed onto our councils. But we can only make that change if Scottish Labour changes and does so now.

There is no point in sugar coating the challenge that lies ahead. This isn’t a debate about what kind of future we are going to have. This is about whether we have a future at all. We are fighting for our survival, and if we don’t change, we won’t have a future.

Next year’s campaign can’t be driven by a small group advocating more of the same, focused on ideology and the past, rather than electability and our hopes for the future. Our members – the lifeblood of our party – deserve better, and Scotland deserves better.

We can’t hope to expose the SNP’s policy failings and arrogance in power unless we introduce the change within our party that will get us on the road to recovery. As deputy leader, my focus will be on campaigning and organising, working with our members and trade unions to build networks and coalitions of voters in every community, which is how I have won in Dumbarton – defeating the SNP five times.

By bringing together the leadership team and the grassroots members who are crying out for change, Scottish Labour’s fightback can begin. I’m a strong supporter of the notion that if you believe what you say then say what you believe.

Why would you want to end the redistribution of wealth from the richest parts of the United Kingdom to Scotland? That’s nationalism, and none of us in the Labour party, nobody in the trade union movement, no one truly committed to the funding of public services could support the vision of austerity set out by the SNP’s economic prospectus.

The SNP has been all-powerful for too long – it is increasingly arrogant and intolerant, with public services in disarray. But will the nationalists pay a price for it? Only if we make them pay, and only if we have leadership which is good enough and strong enough. I am up for the fight. 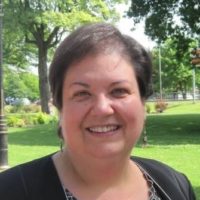 Jackie Baillie is MSP for Dumbarton. She is currently running to be Scottish Labour's deputy leader.

View all articles by Jackie Baillie