The Labour Party prides itself on being the party of working women. Whilst in government, we introduced Sure Start centres in the most disadvantaged areas of the country and extended maternity pay. In the 1990s, Labour established all-women shortlists as a way to combat the lack of women representatives in Westminster. In opposition, Labour ensured that the shadow cabinet was gender-balanced, and fiercely campaigned for women’s rights from forcing a review on the gender pay gap to championing the rights of WASPI women. And the party has also been at the forefront of extending reproductive rights for women in Northern Ireland, and advocating for more funding for victims of domestic and sexual violence.

Despite our record on advancing the rights of women, institutional sexism remains rife throughout the structures of the Labour Party. Meetings can be held at awkward times for those with caring responsibilities and very few events provide creche facilities. There is little effort to engage working mothers, shift-workers and carers through electronic voting outside of leadership elections. At the parliamentary level, party staffers are often subject to archaic and unfair sexual harassment reporting processes within the Westminster culture of silence. Most recently, transgender women have been subject to horrendous, misogynistic abuse online and in some local Labour groups. In terms of equality, Labour still has a long way to go.

After over a century of male leadership, the Labour Party now has a historic opportunity to elect our first ever woman as leader. Yet among a qualified set of women candidates, the only man in the race is topping the polls and could continue the party’s long line of male leaders. As a party that advocates wholeheartedly for equality and a fairer society, it is time for Labour women to lead our movement.

Before the 2019 general election, many acknowledged the need for the next Labour leader to be a woman, including John McDonnell. Now, the Labour Party is holding a leadership election with a range of women from across the political spectrum. Yet the ballot has been whittled down to three candidates, with two other women failing to gather the support required from local parties and affiliates. Both remaining female candidates have shown themselves to be charismatic and competent, with a credible set of skills and experience.

Lisa Nandy has provided a clear analysis of Labour’s mistakes during the general election and recognises the need to regain the trust of our heartlands. She has based her campaign on local radicalism and giving powers to local councils. The first mixed race woman to win selection in her Wigan seat, she has reiterated throughout her campaign that leadership has never looked like her – but it certainly can.

Rebecca Long-Bailey has focused her campaign on the Green Industrial Revolution and economic democracy; policies that she spent four years crafting alongside de-industrialised communities. She has outlined the popularity of Labour’s policies but acknowledged the problematic way in which they were presented to the public. She has called for a democratic revolution and to nationalise utilities, rail and mail, and has ruled out ever engaging with tabloids such as The Sun. As a strong Northern woman with a forensic approach to policy, she is an impressive candidate.

Emily Thornberry has missed out on the leadership ballot by two local party nominations. With the most political experience of all the leadership candidates and an impressive record as a human rights lawyer, it is shameful that she struggled to gather support from the membership and affiliated organisations whilst her male counterpart did not.

The Labour Party is now the only mainstream political party that has never elected a woman as leader. We have two perfectly capable and electable women, each with a distinctive and well-articulated strategy for getting Labour back into power. If members are genuinely convinced that we don’t have a credible woman candidate in this contest, then we have completely and utterly failed as a party on equality and don’t deserve the trust of the electorate.

After over a century of male leadership, Labour may see two leaders named Keir before we see a woman as leader. It is time for change. We have one simple ask of Labour members: vote for the women in the order of your preference, and for the first time ever, let’s be bold and leave the male candidates last on our leadership ballots. If you think that it is time for Labour to have a woman leader:

Now is the time. Let’s elect a woman as leader of the Labour Party!

Barbara is a Labour Party member and part of the Labour Women 4 Leader campaign.

View all articles by Barbara Stronge 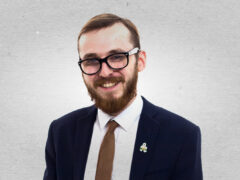 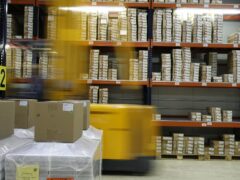