When I first met Rosena, she was Labour’s candidate in the 2016 Tooting by-election. As a by-election candidate myself in Heywood and Middleton in 2014, I know how difficult and uniquely pressured by-elections can be and I wanted to help Rosena win the seat after the amazing Sadiq Khan left to become London mayor.

As soon as I met Rosena, I knew that Tooting would soon have another fantastic Labour MP. Her boundless energy and enthusiasm inspired her whole team. I also knew that Rosena wouldn’t be just a backbench MP but that she would bring her skills and experience to the parliamentary Labour party and she’s certainly done that in her role as shadow sports minister and with her background as a practising A&E doctor in our NHS.

The choice of who to support in the deputy leadership contest has been a difficult one for me. I know all the candidates and they’re all people I am proud to call friends. But it’s Rosena who has most impressed me in this campaign and I think she has the qualities that we need in our new deputy leader.

After the disastrous election result in December 2019, where I lost my seat to the Tories – the first time that they have ever taken Heywood & Middleton – Rosena was one of the first people to contact me, to commiserate but also to talk about what went wrong and how we rebuild from here.

She came up to my constituency to talk with key activists about the campaign and we explored every aspect, from Brexit through to our manifesto and the Labour leadership. We talked about Heywood and Middleton being a 62% Leave voting constituency and how I had tried to represent the views of all my constituents in trying to get a deal that worked for 100%.

Rosena understands the issues that we face here in the North and I know that she is going to be a great campaigning deputy leader who will reach out across the country to win back those lost Labour seats in the North, the Midlands, Scotland and Wales.

I see the role of deputy leader as being a campaigner, an organiser, an advisor and also a critical friend. I think that Rosena is more than capable of doing this job, and doing it extremely well. I am wary of any offer of leader/deputy leader ‘dream tickets’ suggesting a cosy, already formed relationship. The deputy leader has to be able to stand back and assess situations critically and I know that Rosena has the independence and strength of character to do this.

I know how hard Rosena has worked to become a qualified doctor, and she’s not only continued to work shifts at St George’s Hospital, keeping her grounded and in touch with our NHS but she’s also done great humanitarian work reaching out internationally.

I’ll never forget her impassioned speech in parliament when she returned from the Rohingya refugee camps in Bangladesh where she’d been providing medical care to people who have nothing – no citizenship, no home, in many cases no family and no prospect of their situation improving.

Rosena has the strength, knowledge, intelligence and empathy needed to unite our party and also to take our message out to the wider public. And whoever becomes leader, she will be a unique complement to them. I’m proud to call Rosena a friend, and I’m proud to support her to be the next deputy leader of the Labour Party. 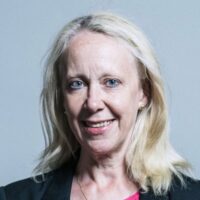