A 16-year-old was stabbed outside East Croydon station last week. Reportedly, it took 40 seconds to end his life. The attack took place less than a mile from my school, at about 4.45pm when many of our students were returning home from clubs. Louis didn’t attend our school, but news of his death quickly spread through Snapchat. The next morning, some students were very quiet, others had questions, and many thought it was sickeningly normal.

Teachers like me across our capital get to see the talent, creativity, energy and brilliance of our young people first-hand every day. But we also witness the things that hold them back. Fears about knife crime, insecure housing, family problems, mental health worries and financial pressures creep into our classrooms. We see them impact grades, curtail talent and undermine the happiness and flourishing of our children. We like to think that our classroom walls cannot be penetrated by wider economic, social and political problems, but that is tragically untrue and it cannot be ignored.

The London Assembly is not as well-known as it should be in our communities, but with power and budgets over planning, housing, police, infrastructure, communities and transport, it can and does make a difference to children in our capital. With a Conservative government set to be in power for the next five years, it’s also an institution where Labour can hold power and actually make changes to Londoners’ lives.

City Hall offers us one other power: the power to convene. As a democratically-elected member, you have a particular kind of authority to bring people together, organise and campaign. We know that the scale and depth of a challenge like knife crime will never be solved by one individual or institution alone; it is a collective effort that will need leadership from young people, parents, councils, schools, community groups, churches, police, social services, health bodies, businesses and others. Collective action is the only way I’ve ever been able to get things done and anyone who knows me knows it’s the way I’d approach this role.

“Building the best city in the world for a child to grow up in” is the central message of our campaign. In one of the richest cities of the world, I believe that nothing less than this should be our aim for London. The gut-wrenching truth is that for individuals like Louis who we lost last week, that possibility has been snatched away.

We owe it to the rest of our young people to build something better. I would really like to play a part in that. I hope you will join me – not just with a vote – but by giving your time, energy, organisation and action to build a capital that helps our children thrive. 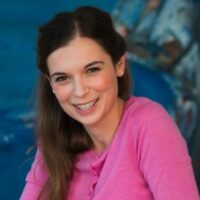 Rowenna Davis is a Labour activist and teacher.

View all articles by Rowenna Davis