Last week saw reports of a couple of internal takes on why Labour lost the general election. In a report circulated to the national executive committee by the party’s election co-ordinators and leaked to the FT’s Jim Pickard, most of the blame was put not on Jeremy Corbyn’s leadership and Labour’s left-wing manifesto but on its difficulties in dealing with Brexit and an incredibly hostile media. Meanwhile, earlier in the week, the Guardian’s Kate Proctor was given sight of some of the thousands of submissions by ordinary party members to the Labour Together review commission, which included complaints about “gimmicky policies, horrible inefficiency and factional promotions”.

The commission is still taking submissions. It is unlikely to be in a position to fully analyse and publish those survey responses until the spring, at which point it will be fascinating to see how much of gap there is between members’ views on why Labour crashed to its worst defeat since 1935 and what the voters themselves have told survey researchers.

Before then, however, we can get an insight into that question by exploring the responses of party members to a survey conducted by the ESRC-funded Party Members Project (run out of Queen Mary University of London and Sussex University) of 1,353 members a couple of weeks after the election. The survey created bit of a splash at New Year when it suggested that Keir Starmer had a pretty convincing lead over his rivals in the leadership race. But its main purpose this time around – along with surveys of members of other parties – is to look at campaigning.

In the course of the survey, we asked a few questions that give an insight into Labour members’ takes on why the party did so badly. The most revealing is probably the one that asked: “If you had to name one thing that went wrong for the Labour Party during the general election campaign, what would that be?”. Rather than forcing respondents to choose from a pre-prepared list, the question allowed them to write in whatever they thought, albeit obliging them to simplify and prioritise.

Write-in responses, of course, are rather harder to analyse. As the commission will no doubt discover, the exercise takes a heck of a lot longer than you hope it will and inevitably involves a degree of interpretation. Moreover, some responses are just so idiosyncratic that they simply can’t be convincingly coded. But that doesn’t mean it’s impossible to discern some significant overall patterns, so here goes.

Let’s start with explanations that were offered only by a very small minority of the party’s rank and file, perhaps contrary to some of the media stereotypes of Labour members. Doubtless a number of right-wing commentators will be delighted to hear that some members blame the party’s defeat on the fact that votes are stupid, gullible, ignorant, and even moronic (all terms that were actually used). But responses like that represent only a tiny minority – less than 1%.

The number who blame antisemitic smears runs to less than a handful. The proportion who blame the defeat primarily on the fact that, in one member’s words, “Blairites and centrists tried to destroy us because they are spoilt children who won’t accept democracy” was higher. But, at just 2%, it is nevertheless relatively insignificant.

Interestingly, some 7% of members put the blame for defeat mainly on an overambitious manifesto and message that, broadly speaking, they believed lacked realism, focus, coherence and clarity. This dovetails with the critique already coming from some seasoned election-watchers both inside and outside academia: there is little point offering a bunch of policies that are relatively popular in isolation but that voters don’t trust can be implemented.

Post-election polls also point to Jeremy Corbyn rather than Brexit as being the biggest single barrier to people voting Labour – and it’s clear that some members agree. 18% think he was the party’s biggest problem. Nowhere near the number when you get when you ask voters (43%) – but one in five members thinking that the leader was the most important factor in their party’s defeat is not to be sniffed at.

From there we go to the biggest single reason put forward by Labour members for the party’s stunning defeat. One third of Labour’s rank and file told us that, if there was one thing to blame, it was Brexit. Frustratingly (such is the lot of survey researchers), it isn’t possible to be certain whether this is because they believe Labour should have been more pro-Leave or more pro-Remain. 33% who blame Brexit includes 28% whose stance on it can’t be allocated into one camp or another. Only 1% and 4% respectively clearly believe either that the party lost because it didn’t adopt a stronger pro-Remain position or because it backed a second referendum and failed to support getting out of the EU.

It is worth, noting, however, that a fair few of those who blame Brexit yet aren’t perceptibly pro or anti make the point that it was the party’s indecision and lack of clarity on the issue that was the problem.  Again, this accords with the view of election experts, like my UK in a Changing Europe colleague, Sir John Curtice, who argues that, yes, this was a Brexit election but that it was won by the party that clearly chose a side and lost by the party that failed to do so. The Conservatives managed to bring onside nearly all of those Leave voters who voted either for them or for the Brexit Party at the EP elections in 2019. They also hung on to plenty of Tory Remainers who just couldn’t contemplate a Corbyn government. Labour lost a whole bunch of Leavers but failed to bring together Remain voters, far too many of whom defected to the Lib Dems.

But if Brexit is the most popular explanation for what went wrong among Labour’s grassroots members, the second most popular is equally interesting because, possibly unlike Brexit, it’s an ongoing problem. Almost a quarter of Labour members – 23% – appear to hold what they see as an inherently biased media (both print and broadcast) most responsible for the party’s defeat – or as one put it: “Tory funded MSM lies and misleading articles and campaigns along with daily lies and propaganda on Tory owned main TV channels starting with the BBC!”.

While it may be tempting to dismiss this as paranoid or delusional, research from Loughborough University suggests that under Corbyn, Labour did indeed receive very negative coverage, at least in the press, compared to the Tories. That said, this is something that the party can probably do little about – in opposition anyway and probably even in government, given that the UK is a liberal democracy. The only recourse may be to choose a more voter-friendly leader and policy platform. Only a couple of months to go before we see if that proves possible. 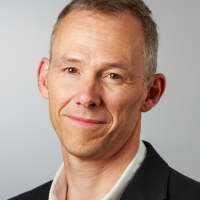