Below is the full text of Mary Kelly Foy’s maiden speech delivered in parliament on March 4th.

To begin with, I want to pay tribute to my predecessor, Roberta Blackman-Woods. Roberta served the constituency for 14 years and was a tireless advocate for the people of Durham. Most recently, she was shadow minister for housing and planning. Roberta was passionate about that work and highly respected for it. I want to say, on a personal level, that she has been a great help to me recently, and I wish her all the best in the next phase of her life.

It is an enormous privilege to be the MP for the wonderful city of Durham. I want to thank the Constituency Labour Party members for their hard work and support in ensuring that I was elected, and the constituents who have placed their trust in me. I must also thank my family who have supported me throughout my life.

Durham has an incredible heritage. It is impossible not to be inspired when you see the cathedral on the horizon, and it is so central to the life of the city. It is fitting that the cathedral is now surrounded on all sides by the world-renowned Durham University, which is providing essential jobs and technology, linking Durham to all parts of the world, and giving our city a real vibrancy.

Durham has another history that needs to be celebrated: its mining heritage. It is a tradition that prides itself on resilience, forged by the trade union movement. All of that is encapsulated in the Durham miners’ gala, when banners from the villages that surround the city are proudly paraded through the streets, accompanied by ​brass bands. I hope that the right hon. member for Surrey Heath has now learned that it is held in our constituency, which is very much still Labour.

To prepare for this speech, I read those of my predecessor, Roberta, and her predecessor, Gerry Steinberg, and it was fascinating. Gerry’s speech was made in 1987. He talked about the devastating levels of unemployment after the closure of the coal mines, and the refusal of the Thatcher administration to tackle the resulting insecurity in people’s lives and work.

This was a time of de-industrialisation, a widening north-south divide, trade unions being crushed, a run-down NHS and the poll tax on the horizon. In contrast, my immediate predecessor, Roberta, gave her speech in 2005, eight years into a Labour government. She referred to unemployment being halved, the minimum wage, GCSE results improving, and a new state-of-the-art further education college being built, as well as a hospital and secondary schools. It could have been a different country.

Then I reflected on my life during those periods; these were the experiences that made me the socialist that I am. In 1987, I had just finished a youth training scheme. I was in insecure work, and shortly afterwards I was made redundant. My dad, too, was thrown on the scrap heap after Swan Hunter’s shipyards closed.

In 1989, my first daughter came into the world, born ten weeks premature and needing a ventilator before she could breathe on her own. Unfortunately, this basic piece of equipment was not available at the hospital, nor was it available in any of the surrounding hospitals. This was a direct result of deliberately running down the NHS. Eventually, a ventilator was located 30 miles away and Maria was born three hours later by emergency c-section. She suffered brain damage and lived her whole life with severe cerebral palsy.

The policies of governments greatly affect the lives of ordinary people. The actions of the Conservatives and their former coalition partners have seen the stalling of the increases in life expectancy. This is extraordinary and has not happened since 1900. Labour has been accused of wanting to take us back to the 1970s; well, the Conservatives have taken us back to the 19th century.

Last week, the Marmot report on health inequalities showed the impact of austerity—something that I have seen first-hand. In my constituency, a child born on the Sherburn Road estate can expect to live 15 years fewer than a child born in the most affluent parts of the city, just a couple of miles away.

Even more shockingly, a recent report in the British Medical Journal showed that between the most deprived local authorities — including County Durham — and the rest, inequalities in infant deaths, which decreased sharply under the Labour government, have now started to increase under Conservative austerity. Just what kind of society is being created?

There are families in the former pit villages of Ushaw Moor, Coxhoe, Brandon and others in my constituency who are trapped in poverty. Children and grandchildren of the miners who built the wealth of this country are now having to use food banks and undergo a cruel benefits regime. Is it any wonder that the police have reported that the main issue affecting these communities is male suicide?

Improving health in Britain is not just about refurbishing hospitals; it is about having a good education, a secure and loving home and a regular source of income. Until ​we address these social issues, we will not see any substantial changes in public health. As Professor Marmot says: “What good does it do to treat people and send them back to the conditions that made them sick?”

Labour has a strategy — oven-ready, you might say — to tackle these injustices and build a fairer, more equal society. It was laid out in our manifesto. Unfortunately, we are not able to deliver it yet, but that will not stop us holding this government to account or campaigning for a better society. My pledge to those who feel the harsh impact of Tory austerity — those who will feel health inequalities hardest — is that I will fight for them, because I have not come to this place just to lay out the problems: I and my party will be part of the solution.

The city of Durham is steeped in history, but it is the future we fight for. The motto of the Durham miners may be 150 years old, but it was adopted by people who also suffered defeats and setbacks but carried on their struggle and, over time, won improvements in their industry and in the lives of entire communities. The motto is still very apt, and it is one that I hold close to my heart as I start my parliamentary journey: “The past we inherit, the future we build”. 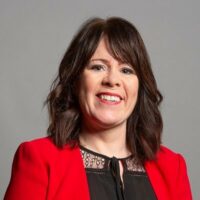 Mary Kelly Foy is the Labour MP for City of Durham.