From an outside observer, the higher education system in the UK looks like a profitable and well-oiled, money-making machine. The most recent report into university finances by the Higher Education Statistics Agency (HESA) revealed that in 2017, universities had an eye-wateringly high annual surplus of £2.3bn, and £44.3bn in reserves.

The average debt among students who had finished their courses in 2018 was £36,000 and – although most students themselves will only pay off a fraction of that figure – universities are assured all of these loans by the government, every year. Of all the things to be concerned about in our universities, their funding looks to be pretty secure. However, a crisis lies in wait below the surface – and Covid-19 is its trigger.

Universities have become goliath money machines in their own right, and each year spend billions on new land, projects, facilities and accommodation. Since June 2014, the construction company Glenigan, a particular favourite among Russell Group universities, has begun work on nearly £8.8bn of higher education projects. The University of Manchester alone has spent £625m over 47 projects with the company.

Accommodation developments in particular account for large proportions of university budgets. The University of Manchester spent £90m on their Fallowfield halls of residents, which opened last year, for example. More accommodation means more students, and more students mean more money. Universities have created a model in which tens or even hundreds of millions of pounds are being thrown back into the higher education machine to keep it running each year.

Years of policy change have slowly transformed our universities into businesses. With the trebling of university fees, the replacement of maintenance grants for maintenance loans and the removal of the cap on student numbers, universities were suddenly the proud recipients of unprecedented funds. Theoretically, this should have made student experiences better. But in practice our higher education has become a marketplace in which everyone competes relentlessly to fund more projects, to attract more students, and so on.

This proves disastrous when anything interferes with the machine’s cogs. Three universities nearly went bankrupt in 2018 due to a slight decline in student numbers in a lower birth-rate year group. And Covid-19 now poses a huge threat to universities. A report by London Economics for the UCU estimated that 111,000 fewer UK first-year students will start university this year.

There are also international students. This group makes up nearly 20% of the student population, and brought in nearly £7bn to universities in student fees last year, according to the Institute for Fiscal Studies. Universities are now looking at a £2.6bn shortfall in the next academic year because of the projected drop in international and home student intake caused by the pandemic. This is a huge problem for universities, who have based years of spending decisions on an income that will now not come.

University borrowing has also sky-rocketed. Over the past decade, university debt to private loan companies has trebled to over £12bn, according to the International Financing Review. Imperial College London, the University of Manchester and the University of Bristol are some of the biggest debtors – but they are certainly not alone. With an economic crisis ahead, universities are going to face huge difficulties in repaying these loans.

Universities have become hugely powerful machines. They are driving new development and infrastructure at unprecedented speed across the UK. But they are also on course for a terrifying and devastating collision. If small changes in student intake can bring near bankruptcies, the sharp drop that we are expecting next year looks certain to bring many to their knees.

Covid-19 has been the trigger – make no mistake, though, this crisis has been a long time in the making. Students are saddled with great swathes of debt, the government is burdened with paying billions in unpaid loans, and universities are in a self-destructive and disastrous cycle. Our higher education is now a system that benefits no one, and is about to face the biggest crisis in its history. It is difficult to say how our universities will get through the coming year, but what is certain is that we must stop treating them as businesses if they are to survive. 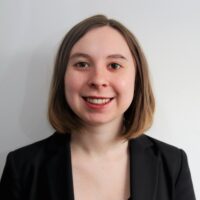 Matilda Smith is a Labour member and student at the University of Sheffield.

View all articles by Matilda Smith