Momentum was born in the heady days of Jeremy Corbyn’s leadership victory. For us on the left, it felt like a waking dream: a lifelong socialist, who had spent his political life on the sidelines, had been catapulted into the leadership of one of the biggest parties in western Europe. The left was back for the first time in decades, and everything seemed possible.

Corbyn’s leadership was a victory for the whole left, not just one section. Momentum was created to consolidate us all under one banner and to provide backing to the fledgling leadership. We flocked to it, inspired by the vision of a united left that could win the next election and build a socialist society. Local groups sprang up everywhere – not just in the major cities, but in places that had barely had a functioning Constituency Labour Party.

Of course, things were not always rosy. Challenges came thick and fast. But through the 2016 leadership contest and the 2017 general election – with its creative, dynamic approach to campaigning – Momentum emerged stronger. Over time, the intense struggle against overpowering odds left its mark.

A bunker mentality developed at the top and Momentum increasingly fell short of its initial promise. Members were marginalised by the machine. Activists were demoted from organisers to foot soldiers. Once-thriving local groups were disempowered and unsupported, with many left to wither on the vine. What happened to the grassroots, member-led and democratic organisation we were promised?

Fast-forward to now. The Labour left has just suffered two crushing defeats. First in December, and then in April. We feel despondent and demoralised. It has never been more tempting to give up. But we cannot afford to indulge ourselves in our grief, the fragile coalition of the Labour left is at risk of disintegrating and we must fight to hold it together. We face a new chapter in our history and we need the Momentum we were promised, more now than ever before.

The safety, health and happiness of vast swathes of society are under threat. We have an extreme right-wing government, unafraid to adopt far-right tactics. Meanwhile, the Covid-19 crisis puts society at a crossroads. Will we pick a path of solidarity, signposted by community support and mutual aid groups? Or will we take the other route: an authoritarian state that attacks the marginalised to protect the interests of big business?

The Labour left can meet this challenge through radical politics and grassroots activism. We must organise in our communities, sustain social movements and harness the power of Labour councils and devolved governments. We can support grassroots activists to take leadership roles in their local areas and their workplaces. We can maintain a radical and coherent voice in the Labour Party, fighting for democracy and for the transformative policies our society so desperately needs.

Momentum is too valuable to give up. Armed with a membership in the tens of thousands and an enormous bank of skills and experience, the foundations are already there. It just needs a new lease of life. It needs to be refounded by its members and given a new focus and clarity for its next chapter.

That’s what we propose today. We are a diverse group of Momentum members from across all the regions and nations of the country, and we have four ideas to change Momentum from the bottom up. The first idea is the most important: we want Momentum to be ‘refounded’ by its members through a democratic and inclusive process. We believe the organisation is strongest when everyone’s views are heard. The remaining three ideas are for what might come out of this process.

Second, is our suggestions for how Momentum can build the grassroots movement on the left, through political education, community organising, and a national ‘priority campaign’ chosen by members. Third, we propose a new strategy for Momentum to organise within the post-Corbyn Labour Party. This includes pushing radical policies, promoting party democracy and adopting a new focus on local and devolved government.

Finally, we want to see members back at the heart of Momentum, involved in all key decisions. This does not mean recreating the Labour Party’s structures and absorbing everyone’s time in bureaucracy. It just means giving members the opportunity to shape the organisation’s direction.

These ideas are not dreamt up by a narrow clique – they are crowd-sourced from two hundred conversations with a huge range of activists: from socialist councillors in the Midlands, to tenants union activists in Sheffield and trade unionists in Glasgow. But even so, we do not think we are the only ones with good ideas. We want these to be the start of a serious debate that can develop a programme to take Momentum forward. The Momentum we need is not the one that we have. That’s why we’ve launched Forward Momentum. 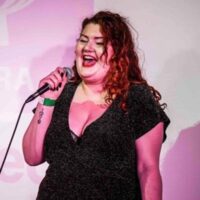