While the coronavirus does not discriminate in its infection of people, the impact of the virus and the wider crisis does. A stark picture began to emerge in early March when newspapers and news channels started to show images of doctors, medical staff, and patients who had lost their lives to the virus. Daily news broadcasts about the coronavirus pandemic have made it impossible to escape the reality that the virus is having a disproportionate impact on ethnic minority communities.

Evidence from the Intensive Care National Audit and Research Centre found that over 30% of almost 7,000 patients critically ill with coronavirus in UK hospitals were non-white ─ nearly triple the 13% proportion in the country’s population as a whole. Recent figures published by the ONS reveal that my own borough of Hackney, where I am the lead councillor for equality, 70% of all coronavirus related deaths registered were people born outside the UK. And last week, the Office for National Statistics figures revealed that Hackney has the third highest coronavirus mortality rate in England and Wales per capita, behind Newham and Brent.

None of this is happening by chance. This pandemic is highlighting the structural inequalities in our country made worse by this Tory government. 40% of Hackney’s population are black, Asian or other minority ethnicities. We are also the third most densely populated and the 22nd most deprived local authority district in England. The latest census found that minority ethnic households were nearly five times more likely to be overcrowded than White British households. Before the lockdown, over 70% of those on our housing waiting list where ethnicity was known were non-white.

But ethnic minority staff are also on the frontlines of tackling the greatest public health crisis in a generation. In London, 43.9% of all NHS trust staff are from BAME backgrounds, as are 67% of the adult social care workforce. In Hackney, 50% of council staff are from diverse backgrounds, but there is an overrepresentation in the bottom quartile. So if you are an ethnic minority in the UK, you are more exposed to this pandemic, while also being more likely to be on the frontlines in fighting the virus.

The consequences have been devastating, and behind these statistics are people we’ve known. We have lost notable figures including community leaders, NHS staff, bus drivers, and people who have worked for the council. Locally, Hackney Council is addressing this through our Single Equality Scheme, pledging to tackle underlying and systemic issues that drive these inequalities. Alongside this are other programmes such as our Young Black Men project – a 10-year project to tackle underlying structural inequalities.

But we need national governments to show the same leadership. Given this crisis, I would only expect the government to announce a review into the disproportionate impact of the coronavirus on ethnic minorities. On April 16th, the government did agree to hold such a review, and it has since clarified that it will be carried out by Public Health England. Every single person who has lost loved ones to this virus deserves a review that is rigorous and asks difficult and probing questions.

Considering the picture that has emerged from Whitehall, of a Prime Minister who: missed five consecutive emergency meetings in the buildup to the coronavirus crisis; initially advocated herd immunity; failed to adequately supply PPE to NHS staff; and abandoned tracing and made mistakes with testing, I have no confidence that the government will adequately review their own actions. Nor do I have the confidence that the review will adequately scrutinise these issues in the way that they deserve.

After 10 years of austerity, and after a “lost decade” of health improvements, we cannot allow the Tories to mark their own homework. It is for this reason that I have written to the Equality and Human Rights Commission, calling on them to investigate the government’s coronavirus response and the impact of their actions on individuals with protected characteristics, as defined by the Equality Act 2010. Coronavirus does not discriminate in its infection of people, but the impact of the crisis and government responses do. Hackney’s diverse residents and staff need answers as to whether the government’s actions have helped, and not hindered, the protection of their communities. Once we have answers, Labour can fight for equality. 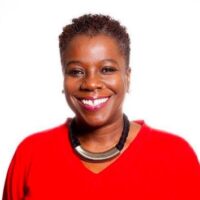 View all articles by Carole Williams