Everyone is interested in eating, which makes it funny how rarely food crops up as a subject for discussion on the left. This is dangerous: the last couple of months have exposed the fragility of our over-extended supply chains. The panic-buying, which ran like wildfire around the developed world in March, reflected a rational fear about the vulnerability of global supply chains as the virus swept through food production regions. The sobering truth is that, without factory food and massive food imports, the shelves would be bare.

According to The Caterer, as a result of the lockdown four in five adults have now stopped eating out-of-home totally, even for a takeaway. With a corresponding rise in home cooking, supermarkets struggle to cope with a massive rise in trade. Despite recruiting 16,000 more workers, Tesco is failing to meet the demand for home deliveries. Food shopping has become a crisis in its own right even if, for the moment, the shelves are well-stacked.

Meanwhile, perhaps partly as a by-product of panic-buying, local councils have reported a big rise in food wastage alongside an unprecedented demand for help from food banks. The Trussell Trust, which supports 1,200 food banks, anticipates supplying 360,000 food parcels over the coming three months.

How do we get beyond our critical dependence on food imports and a handful of supermarkets chains? We have been lucky this time, but things could be very different if there is another pandemic.

“We will kick-start our efforts to build a secure, community-based local food system with a £6m ‘Access to Food Fund’, initially targeted at the areas of the country with the highest levels of food insecurity.”

That was Labour’s rather modest 2019 manifesto commitment towards the nation’s central preoccupation – food and eating. It would have helped to rid the country of food banks and boosted the fortunes of farmers’ markets. The trouble is that farmers’ markets and box schemes still account for only a tiny proportion of the UK’s annual grocery spend of £160bn.

The first step is to recognise that food is as much a matter of public concern as health and social care. That means investing in new systems of local production, distribution and marketing, and tackling the monopoly power of the supermarkets and wholesalers. Currently, we import half of our food, yet of the six million hectares of cultivatable land in Britain, only 168,000 hectares are used for fruit and vegetables. At a time when we need more people to make a living from the land, as dairy farmers or horticulturalists, our small producers are a dwindling band. This means step two is to boost their livelihoods and bargaining power.

That is exactly what has been happening in the US and Italy, as I saw first-hand recently on a trip funded by the Winston Churchill Memorial Trust. Dr L.C. Dorsey was very well-known in the civil rights movement in Mississippi in the 1960s. She helped found the Bolivar County Vegetable Co-op, which pooled the resources of small farmers to buy farm equipment and to rent a warehouse to store and process vegetables in large quantities – in other words, a food hub.

It took another 40 years before the government adopted this model and funded it. The classic food hub consists of a warehouse for aggregation and distribution linked to a digital platform focused on wholesale plus some retail, and run by a producer-consumer consortium. The US Department of Agriculture has funded and tracked the progress of over 200 food hubs in the last 15 years. Long-established hubs are achieving viability. Philadelphia’s Common Market, for example, has expanded down the Atlantic coast to Atlanta, and more recently to Texas.

The Redd, in Portland (OR), is a purpose built, state of the art facility, initiated by a trust with federal funding. With more than 20,000 square feet of warehouse space, it provides cold storage, aggregation, packaging, and distribution services in partnership with B-Line Sustainable Urban Delivery. It also provides space for incubation. Through the Redd, rural producers can make one efficient drop rather than dozens all over town. Entrepreneurs can access scale-appropriate services and office space, and direct-to-consumer farmers, ranchers, and fishermen can pack and distribute their community-supported agriculture orders with ease. Currently, 170 food businesses use the services provided by this dynamic facility.

In Italy, the focus of the new food developments is an old model – the co-operative. The country stands out in the EU for the number of producer co-ops and their economic weight, in terms of production and employment. Typical of these is Apo Conerpo, a large scale national co-operative based just outside Bologna in central Italy. It brings together 6,000 small producers of fruit and vegetables across the country who belong to 40 co-operatives, which themselves form the membership of Apo Conerpo. Strong links with processors and retailers, also co-operative owned and run, help to ensure that producers receive more of the value of what they grow than if they operated alone.

We do not start with a blank sheet in the UK. Amongst the notable food initiatives is Bridport-based Local Food Links. Founded in 2007, this community interest company uses four kitchens to cook and supply school meals using local produce – “whenever we can” – to more than 50 schools, primarily in Dorset. Box schemes have been a godsend for many small producers. Perhaps the largest box scheme in the UK is Abel and Cole, a private limited company with a turnover of £65m and employing 567 people. It’s closely followed by Riverford, based in Devon, which delivers 47,000 boxes a week across the UK with a turnover of £52m. Riverford is now 76% owned by an employee trust, the rest by the founder: Guy Watson-Singh.

The problem is that all of these schemes add up to a small percentage of the nation’s total grocery shop. My report for the Winston Churchill Memorial Trust on food hubs in the US and producer co-ops in Italy showed how consumer-producer co-operation, public procurement and the disruptive power of the internet can challenge supermarket power and strengthen the bargaining power of small farmers. During World War Two, the UK moved from being a major food importer to being largely self-sufficient. We must do that again. But it requires a strategy for transforming British agriculture, reducing our dependence on long supply chains – as the food and farming commission recommended – and funding the creation of a national network of producer-consumer food hubs in every town and city. 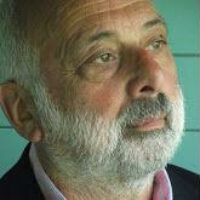 Martin Yarnit is a freelance food researcher and activist, campaigning for investment in local food infrastructure.

View all articles by Martin Yarnit