A Labour councillor in London has launched a social media campaign to issue the local authority with a set of demands after calling it “institutionally racist”.

Tele Lawal created ‘Havering Racism’ with several local residents last week to provide people in Havering – “whether a resident, a visitor or an employee” – with a place to share their experiences and raise awareness of racism.

The group has set up a ‘GoFundMe‘ page to raise funds and “take the campaign offline”. The money is to be used for campaigning activities, including creating and distributing leaflets and a letter to every household in the borough.

The organisation has ten demands for the council – including creating an equality fund, encouraging more BAME people to stand for office, and conducting an independent inquiry into racial equality in the borough. 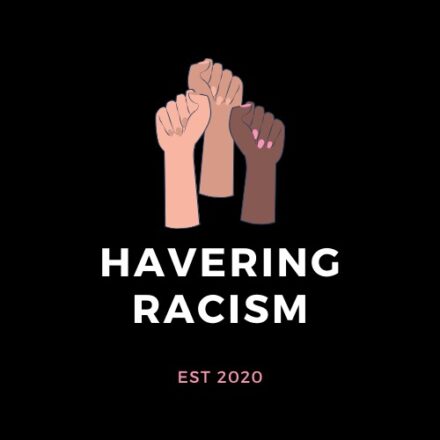 The Labour councillor told LabourList that she started the campaign following her own experiences of racism: “I’ve had members of the public writing into the council, saying that it is clear that I’m being treated differently to other councillors.”

Upon her election, she had been appointed as the champion for diversity and equality. But after submitting a report detailing a number of racial issues, she was removed from the post and the recommendations were never implemented.

Lawal explained that she was later attacked by a fellow councillor: “The last straw for me was me last year I was physically attacked in the town hall, and I don’t believe the man who attacked me did it because of race – not at all.

“But the problem for me is that it’s nearly a year and the council still haven’t launched the investigation or done anything… If this was a white blonde woman who was grabbed by a black man, the reaction of the community and my local authority would have been very different.

“And that’s when I felt like my life didn’t matter – because if my life mattered, nearly a year wouldn’t have gone by where a man has grabbed me in the town hall and I’ve made a formal complaint to the police and to the local authority – something would have been done.”

She is hoping to raise funds for the campaign through the GoFundMe page: “We can only reach so many people online so we want to take our campaign offline – that involves sending out our ten demands to every household.”

Lawal added: “That offline activity is going to help people go onto our platforms and see the stories. And that’s the aim of it – we want people to see the stories – but also to share their experiences.”

The full list of demands from the group is:

The group is encouraging people to come forward with their own stories of racism, using the hashtag #haveringracism and @lbofhavering on social media to encourage the council to adopt their demands. 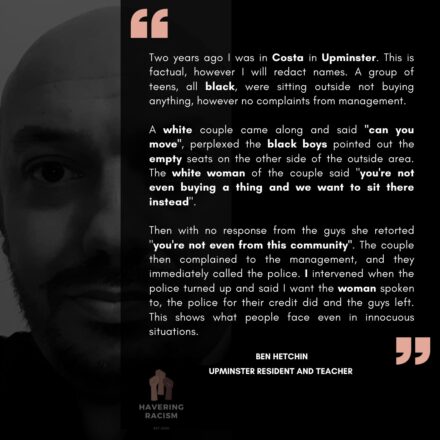 Since the campaign launched on June 7th, Havering Council has now conceded to the group’s second call from the organisation – that of conducting an independent inquiry into institutional racism in the borough.

Havering Racism is a cross-party effort, and the Labour councillor emphasised the broad-based community nature of the campaign – saying that the group “is for everyone and anyone”.

Lawal is the first black woman to have been elected as a councillor in the London borough of Havering, and took the seat from a UKIP representative in the 2018 local elections.