Labour’s governing body, the national executive committee (NEC), will unilaterally decide on a drastic shake-up to the way it is elected on June 30th. The move has received little attention but will have massive implications for the future direction of the party. The proposal is to change the system of electing the nine constituency seats from first-past-the-post to single transferable vote (STV).

Whatever party members may think of this voting system in the abstract or for other elections, there are fundamental reasons for which this would be a negative move in this case. There is a real danger of the party sleepwalking into a change that the 500,000 members have not scrutinised or debated through its democratic structures – at either the Constituency Labour Party (CLP) level, or at the annual party conference. Presented as an antidote to factionalism, it is in reality being pursued for factional motives.

STV’s champions argue that the change will help Labour move away from ‘factional slates’ for the NEC, instead allowing talented individuals from all wings of the party to be elected. Yet members should be wary of the unforeseen consequences of this switch.

The current system, whereby groups stand slates of candidates, allows for elections to be fought on the basis of a collective and coherent political programme with clearer lines of accountability and transparency. Members can view the competing slates and get a sense of what they stand for – confident that the candidates on a particular slate will have similar political views and be reasonably competent, since they have gone through a selection process with bodies like the Centre Left Grassroots Alliance or Labour First.

With STV, there is less of a need for slates, but the concern is that this risks a descent into an individualistic ‘beauty contest’ where those with the largest social-media following, celebrity status, or even those most able to spend money on promotional material, are best placed to succeed. Candidates under STV will not necessarily stand on an explicitly political programme but rather on the basis of their name recognition and supposed personal qualities.

This will inevitably disadvantage those already underrepresented in the party’s structures, such as working-class and BAME candidates who are less likely to have such resources or be known to the wider voting membership. As a socialist party, we must think twice before ditching a process that encourages collectivism in favour of another that encourages individualism and benefits those already well-endowed with social capital.

It is also likely to have a negative effect on turnout. With STV, members are required to rank candidates in order of preference, from one all the way through to nine. To rank candidates objectively members would need to evaluate how good a candidate is in fulfilling specific criteria – political views, reliability, etc. Given the inevitable glut of people standing under STV, how many individual members would have sufficient information or time to undertake the necessary level of research to form such a view?

Turnout is already pretty low for NEC elections, and the worry is that this changed system would reduce it further. Proponents of STV must explain why a system that is likely to reduce turnout and confuse party members is really the democratic advance they claim it to be.

Finally, given that constitutional changes in the Labour Party never happen in a vacuum, let’s consider the political context of the sudden supposed necessity of switching to STV. The proposal is not part of a coherent wider plan to reform the election of the whole of the NEC, but a specific attempt to tamper with the election of just one section of it, in which the views of rank and file constituency members have often been effectively represented in the past.

The party’s right-wing is, of course, jumping at this opportunity. If the left is not able to win the nine CLP seats, it is is almost impossible that they will gain a majority on this all-powerful committee ever again. Jeremy Corbyn only achieved a robust working NEC majority from 2018 onwards when the ‘JC9’ won the nine CLP places in the summer elections.

It is also highly questionable as to whether it is appropriate for the NEC, as the governing body of the party, to change the rules by which it is itself elected. After all, there is a higher body in the party – a sovereign conference – that could review and ratify the process. This sudden decision to change the voting system so soon before the election itself is even more suspicious given that there is no conference this year. This calls into question whether the motivation is really to improve the party’s democratic process or actually to change the make-up of the NEC for factional advantage.

Instead of this drastic change being made by a handful of people in a closed NEC meeting, advocates of STV should have the confidence to put it to party conference, whereby members and affiliates can properly consider, debate and vote on it in full. For these reasons, the Campaign for Labour Party Democracy is encouraging party members to email the NEC members using our model letter – to oppose this move from being decided without their full and proper input. 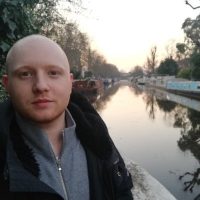 Jake Rubin is assistant secretary at the Campaign for Labour Party Democracy (CLPD).

View all articles by Jake Rubin