The government approach to the Covid-19 pandemic has become as muddled as it is dangerous. From today, some school-aged children and young adults will be expected to return to schools as part of the government’s move into ‘phase two’ of their response to the crisis. This is part of a move to get all students back to schools in the very near future. But when that happens, it will be young working-class Londoners and their families who will be hit hardest by government failure.

This is most clear when we assess the so-called ‘bail out’ of Transport for London. Looking at the detail, this deal is nothing more than a power grab by Boris Johnson and his cronies. The strings that have been attached to the deal to keep London’s public transport network working – such as the scrapping of reduced fares, free travel for under 18s or the increase in the congestion charge – are not found in other packages that the government has negotiated across the country. The government has quickly bailed out private rail companies and agreed similar funding packages for every other transport authority in the UK but have not insisted on punishing their citizens in the same way they have Londoners.

In a normal school week, eight million journeys are made by under 18s across London. Though some may be able to walk or cycle to school, many of these journeys will still need to be made by public transport. Losing free travel for under 18s would hit the poorest Londoners hardest at a time when finances are stretched more than ever, and parents are already under enormous pressure with the current lack of clarity around schools reopening. What this means in practice is that many families will have to make the difficult decision of not sending their children to school due to the additional burden of having to pay for travel.

Concessionary travel for London’s children has always existed. Free bus and tram travel for under 16s has been in place since 2005, and this was extended to all under 18s in 2006. On top of this, TfL Rail and Tube services were made free for under 11s. This is important because the government has completely failed to consider the logistical challenges surrounding ticketing for under 18s. To use the bus, most children aged five to ten would need to apply for a Zip card – something they do not currently need – at a time when contractors cannot issue enough cards as it is.

Those who might be able to apply for support for free travel to and from school will be hindered by the fact that boroughs across London will need to share a lot of data, creating major administrative demands for both TfL and London’s boroughs. In all likelihood, this is a demand that realistically cannot be met. The decision made by the government has completely failed to take any of this into account, just as with many of the other decisions they have taken throughout the course of this crisis.

Beyond the logistics, in the same period that the Prime Minister’s chief adviser has got away with breaking the rules that the rest of us were told to follow, this is another case of the decision-makers around Johnson failing to even consider how most of us live our lives. Londoners are not daft and we won’t fall for the political games that are being played by the Conservative Party. London’s children and students are not pawns in a political game and their futures are too important to be used in this way. 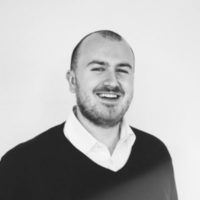 Liam Young is a Labour activist, writer and author of RISE.

View all articles by Liam Young