Sheffield Heeley Labour Party recently held the third of three sessions of an educational programme around antisemitism developed and run by party members. The final session, delayed by the election and the pandemic, was held over Zoom. The sessions were organised as part of the local party’s wider anti-racism work, which has included meetings on Islamophobia and the Windrush scandal.

The impetus came from members who were concerned both by antisemitism in the labour movement and the increasingly unhelpful tone of any discussion about the issue. Some of us felt that attempts to raise the issue in good faith were immediately derailed into other conversations relating to factional party matters or the behaviour of the Israeli government.

These issues were exacerbated when a meeting was held in Sheffield at which Chris Williamson, then a Labour MP, claimed that the party had been too apologetic over antisemitism. Following this event, a full Constituency Labour Party (CLP) meeting voted overwhelmingly to mandate a working group to develop a series of awareness-raising sessions on antisemitism.

The working group included members of varying political backgrounds, united in a determination to give the issue the space it deserves. Recognising that we are none of us world experts on the issue, we purposefully did not label the sessions as ‘training’. We consider anti-racist politics as best developed by ongoing education in order to improve our understanding and ability to challenge racism wherever we encounter it. We also felt that it was preferable to deliver our own in-house programme so that it could not be associated with any particular faction in the polarised national debate.

The sessions largely followed a facilitated discussion group format with a small amount of preparatory reading and a short introduction. For the first session, we asked people to read Steve Cohen’s indispensable text That’s Funny, You Don’t Look Anti-Semitic and examined the history of antisemitic ideas being entertained and propagated in left-wing circles, which long predates 2015 or 1948. We asked participants to share their own experiences and reasons for taking part, facilitated as a ‘round’ so that everyone could have their say. Attendees came from across the political spectrum in the party, but all were strongly committed to challenging the policies and actions of the Israeli government towards the Palestinians.

In the second session, we examined the history of Zionism and anti-Zionism as relates to the socialist movement and antisemitism. We took Zionism on its own terms as a form of modern nationalism, which – like other nationalisms – has expressed the national aspirations of an oppressed group while often taking an exclusionary or oppressive stance towards others. We looked briefly at the contribution of Jewish socialists to our movement, including those of the labour-Zionist tradition. We discussed how and why ‘Zionism’ and Israel can become stand-ins in modern political discourse for the old ideas of the Jewish conspiracy, and whether Zionism is a meaningful political label in contemporary politics in Britain.

In the final session, we considered some contemporary examples of behaviour, language and tropes that have been criticised as antisemitic, including from high-profile figures in the labour movement. We did this not as an exercise in casting judgement about whether person X or Y ‘is antisemitic’ but to sharpen our own ability to recognise and call out problematic behaviour when we see it.

The programme shows that it is possible – and, we believe, necessary – to create the space to discuss the history of antisemitism within and without our party and labour movement in a respectful manner. While happy to share our reading lists and session outlines, we recognise that they may not be directly transferable to other CLPs. The political context may be different and, crucially, the priorities of local Jewish members should be taken into account.

In recent years, the party has waxed lyrical about ‘political education’ but actually done very little. Where political education occurs, it often still takes the form of listening to an important speaker or learning about the party’s policy on X. Here, we have tried a more participatory and discursive approach. It has, we believe, allowed us to cut through the often fraught arguments about antisemitism on the left and grapple with the complexities of the issue on their own terms. While we would not claim to have all the answers, we are proud of what we have achieved and urge other comrades to follow suit. 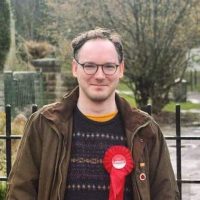 Edd Mustill is a member of Sheffield Heeley Labour.

View all articles by Edd Mustill