Transgender people have been a contentious issue across the political spectrum for a considerable period of time. As there is yet to be a transgender MP in the UK, the discussions that occur about us in the House of Commons take place without a single transgender person present to give a personal account of how laws and policies will affect us. Online, there are often calls for nuanced debate, as our place in society is considered to be too complex for a 280-character tweet. And yet MPs and other public officials continue to tweet about us.

Rosie Duffield, Labour’s first MP for Canterbury, recently came under fire for claiming that “only women have a cervix”. She referred to criticism as a “communist pile on” and locked her Twitter account so only those following her could see her posts a few hours after her initial comment. She trended on Twitter until the FA Cup Final – an Arsenal win that greatly improved my mood that day given everything that had occurred earlier – and fellow Labour MP Jess Phillips defended her on the radio the following morning.

As with all issues relating to trans people, it was assumed by many that Duffield’s remark excluded trans women – because the vast majority of people either are unaware of, or refuse to acknowledge, the existence of trans men like me. Even fewer acknowledge that some non-binary and intersex people would also have been affected by such comments. This is a double-edged sword that hurts the whole community: it paints trans women as ridiculous individuals wanting to be centred in discussions that don’t affect them, while completely excluding those of us who are impacted by such a choice of words. For those aware of trans men’s existence, it is a deliberate tactic designed to fuel hatred towards trans women. Those who are unaware of us, but choose to enter a discussion relating to trans men anyway, perhaps even more obviously display their dislike of trans women.

Duffield’s comments have real-world consequences in terms of healthcare. Robert Eads, a trans man from Georgia, USA, died of ovarian cancer in 1999 because gynaecologists refused to treat him due to his transition. More than 20 different doctors would not refer him for treatment, and some instead opted to refer him to psychiatrists. By the time he finally got referred in 1997, his cancer had progressed too far to be treated. His story was portrayed in a 2001 film, Southern Comfort. The refusal to acknowledge that it is not only women who can succumb to illnesses relating to ovaries led to the death of a trans man, which perhaps could have been prevented if he had been treated as soon as he was diagnosed.

In the UK, when transgender people get a new NHS number to reflect their true gender, there is currently no way for the system to acknowledge their transition. This means that trans women receive reminders for smear tests but trans men, who may have not yet had any form of genital reconstruction surgery, or who do not believe such procedures to be a part of their transition, do not receive those reminders. That means there is a real possibility of trans men having conditions that would be identified by such a test but not being aware of them – and they may remain unaware until it is too late. Choosing to use language that deliberately excludes a portion of the population affected by an issue also enables their exclusion from the solution.

As a trans man, a Labour Party member and a city council candidate, I often wonder whether I am doing more harm than good by remaining in the party. Since this particular media storm, I have seen several friends tweeting that they intend to leave Labour as they cannot support a party that does not take an unequivocal stance in favour of the inclusion of transgender people in all aspects of life. I have doubts about my own membership, particularly due to my online platform. Am I condoning such actions by continuing to vocally advocate for Labour, when on a seemingly regular basis there are controversies that lead many others in my community to cancel their membership? I do not believe there is any easy answer to that question. For now, I will be staying in the party – and hoping, perhaps naïvely, that one day we will be heard. 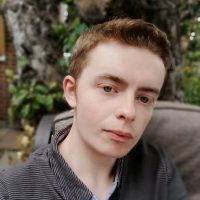 Arthur Webber is a Labour Party member and council candidate for Paston and Walton in the Peterborough local elections.

View all articles by Arthur Webber