Keir Starmer has made huge strides in the mission to introduce himself to the country this week. Following his quasi-conference speech, the usual Prime Minister’s Questions session saw the opposition leader highlight the internal contradictions in government Covid messaging and effectively rebut the claim that his testing criticisms could be an attack on NHS staff (“My wife works in the NHS. My mother worked for the NHS. My sister works for the NHS. I’m not going to take lectures on supporting the NHS”). As our review concluded, the focus was not just on the technical aspects of Tory failures, but also in the NHS pride overwhelmingly shared by voters.

Next up on telly was Starmer’s first Labour party political broadcast, ‘A New Leadership’, which again emphasised his “values” and love for Britain. The film is very different from the style pioneered by Simon Baker during the Jeremy Corbyn era – not gritty, but pretty and green – a reflection of Starmer’s Labour targeting rural areas, and the hope of presenting the new leader in a positive light, with an optimistic and trustworthy glow. Rather than explore policy detail and successes in opposition, as Corbyn’s first PPB did, this video featured Starmer outside his childhood home, talking about his background and principles. And then the country could see Starmer again as he addressed the nation on coronavirus, demanding a “‘Plan B’ for the economy”.

From an insider perspective, however, the standout event yesterday was not any of Starmer’s TV appearances but the party losing three frontbenchers over the overseas operations bill. Shadow Defence Secretary John Healey presented fantastically strong arguments against the government bill during the debate, saying it “creates the risk that the very gravest crimes including torture and other war crimes go unpunished” and “calls into question Britain’s proud commitment to the Geneva Convention”. But Labour whipped its MPs to abstain at second reading last night. 18 Labour MPs defied that order, including parliamentary private secretaries Olivia Blake, Nadia Whittome and Beth Winter, who are now on the backbenches.

Although Whittome told Peston that she considered the bill to be a “matter of conscience” and did not intend to resign, Labour did impose a one-line whip and no frontbencher can expect to stay if they break the whip. The rules are clear. The outcome is, nonetheless, ridiculous. Labour argued vociferously against the bill, then forced the resignations of MPs who could not in good conscience play parliamentary politics with a proposal that the relevant shadow cabinet member called “unconscionable”. As with the infamous welfare bill vote in 2015, Labour may want to avoid sending the wrong message: then, that it was on the side of so-called ‘scroungers’; now, that it doesn’t care about protecting our troops. But it’s not as if the abstention stopped the Conservative Party from sending out attack lines. The Labour leadership agrees with Bell Ribeiro-Addy and other rebels that this bill is not patriotic, and has said so.

With Rishi Sunak delivering an economic update today – including a wage subsidy scheme, rather than the targeted extension of furlough demanded by Labour – stay tuned for lots of news and analysis coming up on LabourList. Sign up to LabourList’s morning email for everything Labour, every weekday morning. 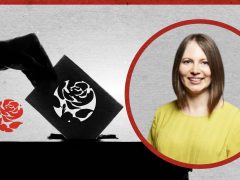 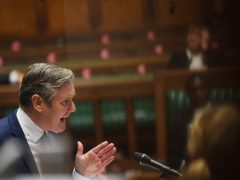 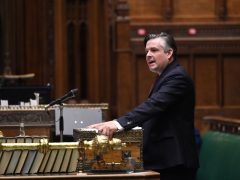