When Labour won the 1997 and 2001 general elections, it boasted over 100 rural MPs reaching into Conservative heartlands. Constituency boundaries have changed, but that cannot hide the disastrous situation in which Labour now finds itself. With the new leadership, we have an opportunity to re-engage with these areas, but that must start by addressing the elephant in the countryside: Labour’s rural problem.

As the new Countryside Alliance report reveals, Labour now holds just 17 of the 199 seats in England and Wales designated as rural. It’s one thing being beaten in traditional Tory shires but quite another to see working-class rural constituencies like Workington, Penistone and Stockbridge, Bishop Auckland and Sedgefield – which had been Labour for generations – fall to the Conservatives. Most worrying is the refusal of the party to address this failure, even after the historic defeat of 2019. Post-election analysis from all parts of the party has completely ignored Labour’s rejection in the countryside.

Blaming Brexit is not an option, as the report shows. Labour MPs and the Fabian Society had identified Labour’s ‘rural problem’ long before Britain’s relationship with the European Union became an overwhelming electoral issue. Our report traces the party’s rural problem since 2015, identifying what went wrong in these areas and what Labour could do to turn around its fortunes. As well as drawing on the seminal research by Maria Eagle MP, the report considers research from the Fabian Society and polling from ORB International. The report focuses on Labour’s electoral fortunes in rural England and Wales over the past three general elections. As first recognised by Labour MP for Garston and Halewood Maria Eagle after the 2015 election, Labour had – and still has – a rural problem.

It becomes clear when examining Labour’s relationship with the countryside just how crucial rural seats have been in stopping the party from entering government. In 2015, the slim Tory majority was won in the countryside as Conservatives, not Labour, ousted Lib Dem MPs. In 2017, the year that the Conservatives lost this majority, it was only their strength in the countryside – where they won 81% of seats compared to Labour’s 16% – that kept them in power. And in 2019, the loss of rural constituencies across North Wales and the North of England saw Labour slump to a historic defeat.

Post-election analysis suggested that Labour neglected its support in working-class Britain, including rural areas, to “expand its support among the liberal, metropolitan middle class”. It was these decisions made in the run-up to the 2019 election, and preceding elections, that led to the party’s worst result since 1935. An electoral strategy of trying to appeal almost exclusively to those in cities meant it ignored the rural electorate. The result has been a downward trajectory for the Labour Party over the past three elections.

Labour cannot afford to make the same mistakes again. Whilst it still holds its advantage in cities, there are not enough seats available in those areas to secure the additional MPs needed to form a government. It is only through the countryside, with the support of the rural electorate, that Labour can return to government. It is therefore essential that Labour starts to re-engage with these voters. We must focus on what matters to the electorate in the countryside, and not simply manipulate rural issues to appeal further to its urban base.

ORB International carried out polling in 2019 to find out what issues affect people’s voting intentions. The research unsurprisingly revealed that access to hospitals and healthcare, local transport and affordable housing are what really matter. Less than 1%, when asked, mentioned hunting as a priority. Yet the Labour Party has allowed this issue to dominate how it frames rural issues, and its relationship with the rural electorate and rural organisations.

Labour needs to pursue policies relevant to the countryside and work with stakeholders who represent rural interests. We cannot continue to ignore the countryside because to do so would mean continued electoral defeat. Labour must recognise where it has gone wrong with regard to the rural electorate and follow a new path that resets its relationship with them.

We hope that this piece of work both offers insights into the rural electorate and also starts a conversation within Labour that helps it re-engage with the countryside. Labour’s rejection by rural communities cannot continue to be the elephant in the countryside. No party can afford to ignore the rural vote if it is serious about forming a government. 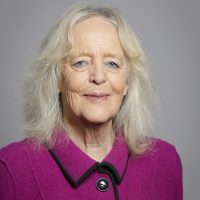 Baroness Ann Mallalieu is a Labour peer and president of the Countryside Alliance.

View all articles by Ann Mallalieu