Keir Starmer has declared that issues relating to a second Scottish independence referendum are “questions for Scotland” but argued that “another divisive referendum is about the last thing that we need”.

In an interview with Sky News this afternoon, the Labour leader discussed what the party offers the Scottish people and whether he would “rule out” a second independence referendum as Prime Minister Boris Johnson has done.

He was asked whether he stood by a comment he made in January, in which he remarked that the SNP will have a mandate for another independence referendum if they win a majority in the 2021 Holyrood election.

The leader of the opposition argued in the interview today that Labour will be “making the argument going into that election that this is not the time for another divisive independence referendum”.

The party leader told viewers that he is “concentrating at the moment on the argument that we need to make next between now and next May”, and stressed that “what happens beyond that is hypothetical”.

But pressed for an answer specifically on the comment made earlier in the year, Starmer replied: “These issues are questions for Scotland. I do stand by that.”

"These issues are a matter for Scotland, I do stand by that.”

Sky’s @BethRigby questions Sir Keir Starmer on whether he still stands by his words that if the SNP win Holyrood in 2021, they would have a mandate for an independence referendum.

The Labour leader also discussed the new Covid restrictions being introduced this week, and criticised the Prime Minister for not “holding together the four nations” as rules in Scotland, England, Wales and Northern Ireland have diverged.

He repeated his call for the government to put a “support mechanism in place” for businesses and said that the Prime Minister should have done that on Tuesday when the changes to the restrictions were announced.

He also slammed Johnson’s handling of the response to the pandemic. He told Sky News that “character matters at a time like this”, and described the Prime Minister and the government as being collectively guilty of “serial incompetence”. 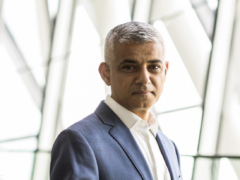 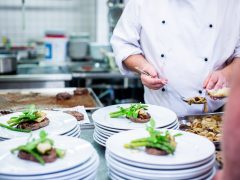