It is no secret that areas like Brent have been amongst the worst affected by the pandemic thus far, with the burden of the virus falling heaviest on disadvantaged and Black, Asian and minority ethnic (BAME) communities in some of the most deprived neighbourhoods of our borough. But less has been said about the fact that the economic impact of Covid-19 has often fallen hardest on these very same communities.

Over a third – 35% – of Brent’s workforce has been on the job retention scheme during the pandemic, placing us in the top 15 councils for uptake of furlough across the UK. Within our borough, the parliamentary constituency of Brent Central is within the top ten constituencies on furlough, and second in London after Tottenham. Brent North is in the top 50.

But the furlough stats alone do not give the full picture. Over one in seven, 15.4%, of our workers are self-employed, which is above the London and Great Britain average. These tend to be the very same workers who have been unable to access support on the job retention scheme, and have fallen through the cracks in the government’s existing support measures for the self-employed.

Our residents are also over-represented in the sectors worst-hit by the pandemic. Nearly a fifth of our workforce are in the wholesale and retail trade. We have three times more workers in the manufacturing sector, and 50% more in human health and social work, than London as a whole. Investment in skills and good work has long been a central priority for the council.

Micro-businesses, which employ up to nine members of staff, are the lifeblood of Brent’s local economy. And we have relatively few medium and large-sized businesses operating here. Yet these small firms, too, have often found it hard to access the business support on offer from the government compared with their larger competitors.

I welcome the Chancellor’s recent announcement of a job support scheme, and the Prime Minister’s more recent commitment of a national skills guarantee for adults needing vocational and other training. But neither go nearly far enough in addressing the challenges faced in economies like Brent. The Chancellor could start by taking the following four steps.

The job support scheme, and the furlough scheme that preceded it, have been a huge missed opportunity to invest in skills, improve job quality and raise the pay of our workforce. These are all critical long-standing issues in Brent’s economy, with average weekly earnings in our borough being the fourth lowest in London, and have made our borough especially vulnerable to the economic effects of the pandemic.

Brent already has outstanding local schemes in place to invest in skills and retraining. Our Brent Works jobs brokerage service regularly places 200-250 local residents in employment each year, and Brent Start – our very own adult education college – delivers training and education to 2,500 residents annually. The government has missed a crucial chance to link these local schemes into their national support programmes.

The Prime Minister’s new commitment to expand post-18 education and training does not go far enough. It will come as too little, too late for workers who have been on furlough, and hasn’t been linked in with the support schemes for employers. As the TUC argued, the government should work with employers to ensure that anyone accessing government schemes sets out plans for fair pay and decent jobs and guarantee that anyone earning the minimum wage receives 100% of their normal pay. An employee working half their normal working time should also be offered funded training. Councils like Brent stand ready to play their part in delivering this ambitious programme. It is disappointing that the government has ignored us.

2. Target support to the worst-hit sectors.

I fear that employers in the hardest-hit sectors, which still face challenges being viable, will find it hard to retain employees on the job support scheme – especially if further lockdown measures are implemented. Analysis by the Resolution Foundation has suggested that the scheme will not stem a sharp rise in unemployment in the months ahead. Indeed, as LabourList has pointed out, the scheme actually disincentives employers from keeping part-time workers on the payroll.

To address this, I continue to support the Alliance for Full Employment’s welcome call for a new, targeted furlough scheme from November – focused on those worst-impacted areas. This is along the lines of similar schemes in Europe, and would allow employees and businesses the vital time to review how they work and, where necessary, invest in skills and re-training to adapt to this new reality.

3. Fill in the cracks in support for the self-employed and others.

As I highlighted earlier, the furlough stats alone only give a partial picture of the challenges faced by Brent residents, and many of our self-employed workers and small businesses have been unable to access help during the lockdown. Even many on furlough have been under-supported, with those on low or zero-hours contracts only paid for their contracted hours – often a fraction of the hours that they actually worked before lockdown.

Last week, the Chancellor had an opportunity to redress this imbalance and think creatively about ways to support those who have been ignored thus far. Sadly, the job support scheme simply retains the same gaps as the furlough scheme it will replace, offering scant reprieve for those Brent residents who have been neglected since March.

4. Provide a safety net for the worst-affected residents.

Finally, none of these job support schemes would be complete without a proper safety net for people worst hit by the pandemic. Those who fall ill, residents on the shielding list and people who are affected by local lockdowns require additional support over and above the meagre statutory sick pay offered by the government. Better support will pay dividends in the long run, helping people to stay in work whilst also improving public heath by supporting people to self-isolate when needed.

Thanks to the outstanding work of my colleague councillor Eleanor Southwood, Brent has established a £2.5m resident support fund for people worst-affected by the events of the past months. But this support will only go so far. Central government needs to show similar ambition and deliver a comprehensive package of support for the most vulnerable, whilst retaining the safeguards provided during the pandemic – not least the support for private renters.

Taken together, this package of measures would provide workers, and their families, with the crucial stability they need during this difficult time. As Anneliese Dodds has rightly argued, the pandemic calls for a comprehensive plan to recover jobs, retrain workers and rebuild business.

Yet in the face of these calls, the government has cancelled the Budget, and simply made piecemeal announcements about a limited set of measures. If we are to avoid a cliff edge in November, residents in Brent and across the country deserve better. We need a more ambitious programme for skills, job retention and social security, delivered in partnership with local councils, businesses and trade unions. 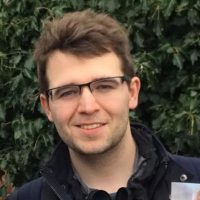 Thomas Stephens is a Labour councillor and the cabinet member for business, education, employment and skills in the London borough of Brent.

View all articles by Thomas Stephens