I launched my campaign in August to be the eastern region representative on Young Labour’s national committee because the organisation desperately needs reform. I can’t stand back and watch as Young Labour members – my friends – continue to be ignored and discriminated against. I won’t let that happen. Together we can make real and lasting change to Young Labour.

As a young, working-class BAME woman, I have experienced many challenges in my life – both outside of and within my political experiences. Throughout my childhood, I was a sole carer managing a household and budgets, lived in insecure housing and received free school meals. I was politicised after seeing the devastating impact of the coalition government’s bedroom tax, attending a disability assessment as a carer and witnessing the effects of years of Tory austerity. The Conservatives are draining the lifeblood from our towns, depriving children of opportunities and trying to divide communities. Without the Labour government I was born under, I really wouldn’t have stood a chance.

I have faced discrimination during my political life, too. I have experienced ageism, sexism and racism, not just as a local election candidate but within our party. Discrimination is apparent throughout the labour movement. We’ve seen BAME activists pulling out of Young Labour internal elections because they’ve received death threats. Young candidates being pushed out of selection meetings. The continuing sickening abuse from certain MPs and high-profile Labour members towards the trans community.

Discrimination is insidious – it’s the patronising comments in Constituency Labour Party (CLP) meetings, not being able to access meeting venues, or having BAME issues kicked down the road. We deserve better. We must increase diversity across our movement, especially in the eastern region. I’ve been at the forefront of this, creating a BAME officers group to discuss the struggles facing BAME communities across the region. As a young trustee, I have been working to empower other young people to become trustees across the eastern region and the country.

From my work coordinating the youth wings of climate change groups to campaigning against education cuts as a student, I know that the young people in our communities are change-makers. I have seen young people really step up and support those most in need during the Covid-19 pandemic as key workers and volunteers looking after vulnerable people and supporting our communities.

As a Labour Party activist, I have been inspired by young people across our movement from those spearheading policy in parliament, defending workers rights in the trade unions and the many young activists that campaign in all weather for the Labour government we so desperately need.

Representing and advocating for the eastern region at a national level is something I have real experience of. It has been a privilege to serve on the Co-operative Party national youth committee and to work with young people across our community. We’ve supported campaigns, run events and shared ideas on the issues that matter to us. Alongside this, I am delighted to have co-founded the East of England Young Fabians group to continue that work on policy. If you’re interested, you can see my work and campaigns on my Twitter feed.

I would be honoured to serve as your eastern region representative on the Young Labour national committee. Let’s build a united Young Labour to help Labour win again and make a difference to the lives of all young people in the region. As ballots drop this week, vote for a strong, accountable and experienced voice. Vote for Tina Bhartwas in the eastern region. 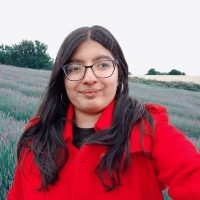 Tina Bhartwas is on the national youth committee of the Co-operative Party and is running to be Young Labour eastern representative.

View all articles by Tina Bhartwas