With the world gripped by the drama of the US Presidential elections and the ongoing fight against Covid, it is easy to forget that we are entering a critical stage of the UK-EU negotiations on post-Brexit trade. Emergency talks are currently ongoing to salvage a deal in time for December 31st after months and months of failed negotiations. Once again, the government has left it to the last minute, doing its assignment the night before it is due in.

I never thought I would find myself agreeing with a former Tory Prime Minister but Sir John Major is absolutely spot on when he said Brexit may be “even more brutal than expected” due to the UK’s negotiating failures. He is not optimistic about the prospects of reaching a deal, and he is concerned that the process is either going to end up either with no deal or a “flimsy and bare-bones” agreement that creates new barriers to trade and would be a “wretched betrayal” of the promises made to British voters during the 2016 referendum. I agree.

I share his pessimism over the government’s ability to negotiate the right deal for Britain. The government’s inflexibility, its hubris and lack of attention to detail give me very little reason to hope for a good outcome. Theresa May once said that “no deal is better than a bad deal”. Now, thanks to this government’s incompetence and intransigence, it is no deal or a bad deal. We are being left to choose the lesser of two evils. It did not have to be this way.

We know the government’s deal will add £7bn of business costs as a result of extra customs declarations and more red tape. There will be disruption to supply chains and, as the National Audit Office report showed last week, poor Tory planning could hit our country hard in the New Year even with a deal. Nobody should be expected to pay the high price of Tory incompetence and failure.

With the economy already in tatters due to the mishandling of the pandemic, no deal would be an absolute nightmare scenario for jobs and business – and the final nail in the coffin for many businesses and employers. Even the government’s own research has shown that we cannot cope with a no-deal Brexit and a Covid second wave at once. According to the “doomsday document” leaked in August, a “reasonable worst-case scenario” could lead to a “systemic economic crisis”, leading to mass unemployment at a time when jobs and businesses are already vulnerable, shortages of vital medicines during a deadly pandemic, rising food prices, power cuts, and fuel rationing.

This dread is most acute in my own community in Wandsworth. Research by Best for Britain indicates that in Wandsworth 39% of jobs are in sectors identified as being severely impacted by a no-deal Brexit. The facts are clear: the double effect of coronavirus and crashing out of the EU with a no-deal Brexit will be absolutely devastating in our community. Our negotiators cannot let this happen.

This is not just about the economy either. Without a deal, the UK would lose real-time access to EU databases of criminal records, arrest warrants and passenger information. Former independent reviewer of terrorism legislation David Anderson says this will significantly slow investigations and leave British Police “increasingly unable to cope”. Policing and security is at stake too.

At such a critical stage of negotiations, it beggars belief that the government is choosing now to rewrite parts of the withdrawal agreement through the internal market bill – an act of legal vandalism that even the government has admitted breaks international law. It could not have picked a worse time to undermine trust in the negotiations. It was absolutely no surprise to see the House of Lords overwhelmingly vote to remove these clauses from the draft bill last week.

The clock is ticking and the next fortnight is absolutely vital. No deal is not just an undesirable option – it is an unthinkable scenario that everyone except the most ardent Brexiteers has spent four years warning would be a complete disaster. It would provide a knockout blow to an economy that is already on the ropes. It must be avoided at all costs. 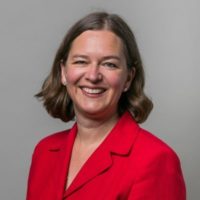