The Covid pandemic is far more than a health and economic crisis. It has created what the United Nations has called a “shadow pandemic” of surging violence against women. While domestic abuse may be in the shadows of public consciousness, it has long been writ large in women’s lives. One woman is murdered on average every three days in the UK, according to the Femicide Census, and one in every three women aged 16 to 59 will experience domestic abuse in their lifetime.

This has escalated during the Covid crisis, with visits to the national domestic abuse website soaring by 150% and at least 16 women killed in domestic abuse-related homicides in the first six weeks of lockdown – more than triple the number from the same period in 2019. At least ten more women are known to have lost their lives since then.

Today, on the International Day for the Elimination of Violence Against Women, we have a chance to bring this epidemic out of the shadows and into the light. Activists across the world stand together to demand an end to violence against women and girls – and for the government action that will make this possible. Trade unions are part of this fight. We are clear that violence against women is a workplace issue for employers to address, not a private issue.

TUC research showed that domestic abuse has a profound impact on women’s working lives. One in ten victims – 12.6% – of domestic abuse said the violence they experienced at home followed them into the workplace. For nearly half of those experiencing abuse, the perpetrator threatened them or stalked them at their place of work. A staggering 81% said they were harassed by the perpetrator at work via emails and phone calls. Research by the Home Office found one in five women have had to take time off from work as a result of domestic abuse and 2% of survivors lost their jobs as a direct result.

Nobody should lose their job or livelihood due to abuse. Maintaining an independent source of income and ongoing financial stability is vital for those seeking to escape abuse. Employers have a duty of care to support workers and keep them safe. The TUC has produced guidance for reps and line managers to help them spot the signs and support workers at risk of domestic abuse – including about the different experiences and additional barriers facing disabled women and Black and ethnic minority women.

Individual trade unions have won important workplace gains for survivors. For example, the RMT has negotiated specific workplace policies about domestic abuse. Usdaw and GMB have secured paid leave for survivors of domestic abuse in some workplaces. UNISON and Unite have produced guidance and training for employers. Support for survivors should be offered through the established international framework for responding to domestic abuse as a form of violence against women and girls. And it must be part of a wider strategy to promote gender equality across all areas of society, including in the workplace. 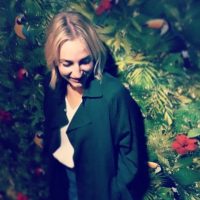 Sian Elliott is women's equality officer at the TUC.

View all articles by Sian Elliott