It has been only days since the US election results were declared, but already Boris Johnson looks like a lonelier figure on the world stage. How he is Britain’s version of Donald Trump does not need repeating, but now Joe Biden has taken the reins, Johnson is left scrambling to prove that he and Biden do, in fact, share values.

While toning down its no-deal Brexit rhetoric, the government is trying to pose as an administration dedicated to tackling climate change – though it was not long ago that Johnson was referring to Extinction Rebellion activists as “crusties”. The Prime Minister sees action on the environment through the lens of wooing Biden and increasing Britain’s global influence, as well as keeping up with public opinion and ensuring that Labour does not have authority over the issue. Yet actions speak louder than words, and the UK is falling behind on all measures to meet its 2050 net zero target.

According to research by think tank IPPR, the government has committed to investing just 12% of what is needed over this parliament to meet its 2050 net zero emissions target. So far only £4bn a year has been pledged from a needed £33bn, compared to £36bn for Germany and £27bn in France. For context, the UK government has dedicated £27bn to go on roads. Sunak stated that the government’s green package would reduce 0.5 million tonnes of CO2, but even if correct, this would account for just 0.14% of the UK’s carbon emissions.

The record of Conservative ministers is steeped in climate change denial. Appointing Tony Abbott as a key trade advisor, handing a key role for next year’s COP26 conference to a pro-fracking Tory MP, and hosting 150 meetings with fossil fuel companies over just a few months does not fill one with confidence. The government have recently announced green proposals, including expanding offshore wind power, funding for home insulation, and Sunak’s recent statement on sovereign green bonds to help fund the transition to net zero emissions. But these fall way short of what is needed.

James Meadway has set out how, unlike a state-led response to the climate crisis, a Tory approach to addressing the climate crisis will be capitalism with a green tinge. Market opportunities beckon: green enterprise free zones, e-cars, e-scooters, wind turbine production and emissions trading. The benefits of renewable energy will go to major corporations, as before, and meaningful policies will not be brought forward to tackle the crisis in a way that does not leave people behind. As illustrated by the pandemic, we should not underestimate the ability of neoliberal forces (and their gatekeepers in the Tory party) to profit from a crisis of its own making.

In contrast, Labour has unveiled a green recovery plan, which involves bringing forward £30bn of spending over the next 18 months to create 400,000 new green jobs in response to the pandemic and climate emergency. This is very welcome and poses a genuine alternative, but it can still go further. According to Labour for a Green New Deal, neglected policies from the 2019 manifesto include the £60bn ‘Warm Homes for All’ scheme, and with it 250,000 jobs, a National Care Service and universal broadband. They also note that there is no mention of public ownership or a just transition for workers, which ought to be crucial aspects of a green recovery.

Labour’s green recovery plan may well be swept aside by media coverage of the government’s ten-point plan on climate change, which is expected shortly. It is up to Labour to call this out for the tokenism that it is, while showing that the opposition party has solutions with the potential to benefit both the climate and the lives of working people across the country. A green new deal offers a way forward to protect the planet, deepen democracy and redistribute wealth.

According to the theory of historical institutionalism, there is an increased number of options available to political actors during critical junctures – and this is when choices have a more enduring impact. These moments offer a window of chance for extraordinary change to arise. Covid-19 is a critical juncture. And with the climate clock ticking, the time is now for leaders to be bold. Following the 2008 financial crisis, Labour allowed the Conservatives to shape the narrative. This cannot happen again. 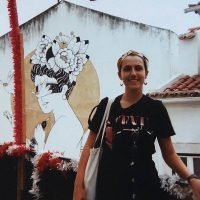 Hannah Robinson works for a climate organisation and writes freelance on politics and social issues.

View all articles by Hannah Robinson