The Welsh Labour manifesto made a series of promises five years ago to extend local democracy and change how power is exercised in Wales. Today, that promise is a little closer to becoming a reality.

Much of the attention of the local government and election (Wales) bill, which has just completed its final stage in the Welsh parliament, the Senedd, has been focused on the extension of the franchise to 16- and 17-year-olds and to foreign citizens resident in Wales. But look a little deeper and it positively transforms the experience of democratic engagement and empowerment in every part of Wales, at a time when nihilistic, Donald Trump-style populism has been challenging the nature of democracy throughout the world.

This bill, which will soon become an act, delivers on that manifesto pledge to “create stronger, larger local authorities… leading to the devolution of powers from Cardiff Bay. We support votes at 16.” Once again, Wales has taken the lead and legislated to support diversity, openness and accountability in local government.

This legislation, which has been years in the making, includes provisions that will enable job sharing for executive members and other office holders and locks in an innovation of this pandemic: remote attendance of meetings for councillors. It also requires the broadcasting of full council meetings, with more to be added over time, and puts the active participation of people and communities at the heart of local government. And it gives councils the option to move to a system of proportional representation.

Back in 1996, John Major’s Conservative government imposed its local government reorganisation on Wales, reducing the number of principal local authorities from 45 to 22 in a simplistic cost accountancy exercise. Fewer authorities meant a smaller financial burden. No thought was given to the nature of local democracy; the means of engagement for citizens with the organisations that shape the geographies they recognise – their neighbourhoods, towns, cities and regions.

A major gap in the governance of Wales has been in its regions. People identify with North Wales, Mid Wales, the West and the South East. This bill fills this regional gap by creating a legal framework in which local authorities and the Welsh government can come together to function on a regional basis. Local authorities will be required to create corporate joint committees in each region of Wales and transfer responsibility for regional land use planning, transport planning and economic development. The joint committees will be able to employ staff, enter into legal agreements and receive grants.

The Welsh government has committed itself to devolve operations to these regions so creative partnerships can develop between central and local government on this regional geography, engaging with the private sector to create the planned investment each region needs to thrive in a post-Covid and post-Brexit world.

The corporate joint committees will be democratically controlled and led by the leadership of the constituent councils. They will be held to account by locally agreed scrutiny processes aimed at reaping the potential benefits of regional scale and coherence without losing the principles of local democracy, representation and accountability. As they grow and develop councils can shape the committees and add further functions if they wish.

The challenge of our time is that we need constantly to renew the experience of democracy in all our communities and all our nations. When we fail, people are swayed by the dangerous, anti-democratic voices that are currently all too prevalent in all parts of the globe. Far from being a technical and legalistic charter, the local government and elections bill is designed to meet this major challenge. This bill not only renews Welsh democracy – it has the potential to revolutionise it. 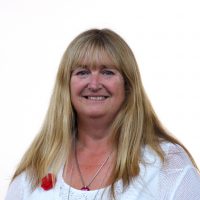 Julie James is the Labour MS for Swansea West and the Welsh minister for housing and local government.

View all articles by Julie James