Most people will be familiar with The Full Monty, the film and musical about laid-off Sheffield steel workers, scratching around to make a living, who end up becoming male strippers. It is obviously meant to be an upbeat and inspirational story, but it is set against the very real misery of life in England’s third-largest city during the ’80s and early ’90s.

Those were grim years for South Yorkshire. The sense of hopelessness when tens of thousands of decent, secure, well-paid jobs suddenly vanished and the Thatcher-Major governments simply left us to it.

The city’s skyline changed completely in that time. Pits and steelworks disappeared. Whole communities that were built around a single industry were bereft. It took far too long for anything to replace them – and its still very much a work in progress.

Then came the Labour years after 1997. The Decent Homes programme renovated thousands of properties across the city – a lifeline for Sheffield, as we have twice the national average number of social houses.

The natural environment miraculously recovered. The River Don, once an ‘industrial river’ (the polite way of saying it was filthy) is now abundant with wild trout and fauna. Despite our industrial heritage, we are the greenest city in the UK, with a quarter of Sheffield inside the Peak District National Park.

We have an admired tram system. World-class sporting facilities. And two large, successful universities (with the highest staying on rate too). ‘Made in Sheffield’ still matters, with our world-renowned Advanced Manufacturing Park attracting next generation manufacturers like car maker, McLaren.

But then came austerity. Since 2010, around £500m has been cut from the City Council’s budget and we have needed to make tough and painful decisions. I pay tribute to my predecessor, Julie Dore, for her leadership during this difficult period.

Like many big cities, Sheffield now finds itself at a crossroads. Boris Johnson talks about ‘levelling up’ and Rishi Sunak promises to change funding formulas that benefit southern England at the expense of large cities like Sheffield. The mood music from Whitehall is more positive than it has been for years.

We still have a right to be suspicious, though. When it comes to austerity, 38 of the 50 worst-hit councils are Labour-controlled, while only five are Conservative authorities. There’s lots of talk, but nothing has changed yet. Until we maximise the potential of the northern economy and get it firing on all cylinders, the UK economy will never reach its full potential.

We need to see movement on devolution, too. Again, this is an unfinished job. The ‘Northern Powerhouse’ has simply seized up, while Theresa May’s ‘industrial strategy’ seems to have fallen down the back of a Downing Street sofa.

So pushing ministers for real and sustained commitments about ending austerity and continuing with devolution will remain our top priority. It is in the whole country’s interests that we catalyse the potential of cities like Sheffield. Central government needs to work with us to make this happen. Give us the tools for the job and watch the Steel City get on with it.

For now, though, it’s all hands on deck as we fight our way past Covid. Our immediate priority is to get Sheffield back to normal, protect jobs and support businesses, and to work with our colleagues in the NHS to gear up for the huge effort that will be needed to vaccinate people in the New Year. This is especially important to me.

Many of those deemed to be ‘clinically extremely vulnerable’ and who have been shielding through Covid will include thousands of ex-miners and former steel workers with illnesses in ‘young’ old age that blight their life expectancy. Their ‘reward’ for a life doing hard, dangerous jobs that powered the British economy. We will do everything we can to stand by them. 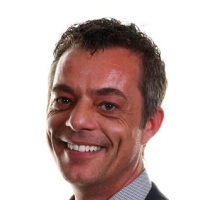 View all articles by Bob Johnson