Labour’s current general secretary David Evans wrote in 1999 that “representative democracy should as far as possible be abolished in the party”. His views were perhaps more complicated than they are sometimes given credit for, but Evans was undoubtedly part of a movement in New Labour that was set on marginalising localised forms of democracy. Over 20 years later, we are now seeing this play out before us.

Across the country, Constituency Labour Parties (CLPs) are being gagged and members are being unfairly suspended for simply trying to discuss issues such as the removal of the whip from Jeremy Corbyn and the heavy-handed guidance issued by party staff. Evans’ deeply factional behaviour is a disaster for party unity and ultimately a huge blow for Labour’s chances of getting into government. Divided parties do not win elections.

We are a mass party – one of the biggest in Europe – with members in every community. The campaigning efforts of our members will be crucial to any electoral victory, and encouraging their participation in the party is critical to mobilising for long and hard campaigns. Yet we now have a general secretary who is displaying a total disregard for their democratic rights and freedom of speech. It seems members should be seen but not heard. Many will simply leave instead.

But what can we do about this? Yesterday a letter was published with the support of 175 CLP secretaries and chairs, protesting against the anti-democratic crackdown orchestrated by the general secretary. This is a welcome development, but at Momentum we believe the time has come to go further and think bigger. It’s time to talk seriously about campaigning for an elected general secretary of the Labour Party.

In theory, Labour Party staff are impartial and non-factional. But recent events have made a mockery of this ideal. The Labour leaks report exposed a party bureaucracy appearing to actively work against the leadership and brief journalists against Labour MPs, and it is even alleged that they funnelled party money to their political allies rather than where it was most needed. Now we have a general secretary with an obvious factional agenda against the left and a disregard for member democracy.

Some argue that if the general secretary is elected, it would create a new site of power within the party. But this role is already extremely powerful and political. Evans has suspended members for having the temerity to pass motions in solidarity with Jeremy Corbyn, overriding the rights of elected officials in local Labour parties. Having a way to hold the general secretary to account for deeply factional behaviour or sheer incompetence is essential. While increasing the number of CLP reps on Labour’s national executive committee (NEC) is one way to achieve this – and should be a long-term priority – so too is the direct election of the general secretary by members.

An elected general secretary is not a groundbreaking idea. In the major German political parties, the head of party staff is directly elected by the rank-and-file. By holding an election for the general secretary as well as the leader and deputy leader, we would see the membership choose someone who not only reflects their politics, but also that of the Labour leadership.

The fundamental mismatch between the membership and party officials that we are currently seeing, and the mismatch between general secretaries and Labour leaders that we have seen in the past, is a recipe for a disunited party. It leads to internal issues becoming a larger focus than effective organising for electoral victories, which is disastrous.

The history of the Labour Party shows that we can win with a powerful labour movement and Labour Party grassroots working together, united around transformative policy and the goal of a Labour government. Only a mass-member party with activists embedded in every community can deliver this, through organising and persuading on the doorstep and in our communities. The Labour Party cannot win without its members – and we need party staff prepared to recognise their importance and support their work locally.

So in the new year Momentum will be launching a campaign to democratically elect the general secretary of the Labour Party. Collective discussions across the movement will need to be had about what that process looks like – including the electoral college, and the role of affiliates – but the principle is crystal clear. Unelected staff should not be calling the shots over elected officials, and this starts at the very top.

We need to fundamentally change the nature of the general secretary position, making it directly accountable to members so that we can – without sabotage or distraction – get on with a campaign to save this country from the ruin of a Tory government. 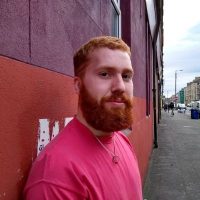 Rory Maclean is a regional representative for Scotland on Momentum’s national coordinating group.

View all articles by Rory Maclean