I wrote a piece for LabourList in August arguing that a plan to overhaul the UK’s unjust drugs policy is just around the corner. I still believe that to be the case, despite my bitter disappointment over Keir Starmer’s latest interview on Sophie Ridge. On decriminalising the possession of cannabis, he said: “I’ve never subscribed to that view… There were some initiatives in some parts of the country where cautions were given for low-level crimes – I think there may be something in that – but in principle I’ve seen too much of the damage that sits behind drugs for me to go down that route.” He added that the current policy is “roughly right”.

The Sky News interview was wide-reaching, and Starmer had been caught off-guard after being asked about the potential resignation of Matt Hancock. This led to an off-the-shelf answer on drugs, designed to stifle a Conservative campaign headquarters desperately sharpening its knives. This is concerning, but I doubt that the reply reflects the real views held by Starmer. For a man of specifics and details, his answer was muddled. He clearly confused questions related to drug possession and criminalisation – such as racial disproportionality in stop and search – with the complex issues related to organised crime, criminal gangs and county lines.

Having spent a period as director of public prosecutions, I would suggest that the Labour leader is indeed aware that current policy isn’t “roughly right”. In fact, only a year ago he gave the most bold answer in a televised leadership debate when quizzed on decriminalising cannabis. He said that he wouldn’t do it “immediately”, and provided positive comments on diversion schemes – an indication that this is an area of policy he knows well.

Research has shown that across the UK you are nine times more likely to be stopped and searched if you are Black compared to if you are white. There is no research to suggest that you are any more likely to take or possess substances if you are Black. And a good measure of the efficacy of current drug policy would be to look towards how many people are dying a year from drug-related deaths. This figure has been rising year-on-year for a decade, with just under 5,000 per year now sadly passing from deaths related to drugs. These deaths are preventable, yet not being prevented.

The cannabis question was put to Starmer out of the blue. It might have been politically savvy for him to point out that this rise in drug deaths is directly correlated to the decimation of drug and alcohol treatment budgets. This has been happening on the Tories’ watch and is an excellent attack line for any relevant Labour minister. It is little-known by those outside of drug policy circles that drug treatment is basically privatised, and being propped up by under-paid staff often supported by unpaid volunteers. This would rightly be a scandal in the party if it were any other area of health, so why isn’t it when it comes to drugs?

Back to the central thesis: is drug policy working, and is claiming that it is working a vote winner? Not according to the polling. A 2019 survey found that almost four in five people (79%) believe that the government is not dealing with the UK’s drug problem, whilst three in four (76%) think that the threat of criminal punishments are not deterring people who use drugs. The Home Office itself recently commissioned a review of drugs, which is being drafted by Dame Carole Black. Part one is publicly available; it tells us that “we cannot police our way out of this” and that a huge £20bn is tied up in the drug trade.

With part two soon to be released, the Labour Campaign for Drug Policy Reform is calling on the Labour Party to be bold, and stand up for what is right. Listen to the evidence and listen to the science. The Tory response to the report was classically underwhelming: weak framing, and a token financial gesture to treatment that falls hugely short of what it is anticipated Dame Black will recommend. Let’s go on the offensive, save lives and tackle disgraceful racial disproportionality when the report lands.

We can also point to Scotland. Whilst drug reformers should be grateful that Nicola Sturgeon has admitted her wrongs and pledged £250m over five years to help those with substance disorders, we must not forget that her hand was forced by the great work of the Daily Record, Peter Krykant, and Labour’s Monica Lennon and Paul Sweeney.

What can be done by activists keen to tackle this burning injustice in society? The upcoming police and crime commissioner (PCC) elections offer an opportunity to lay down a marker: many Labour candidates are offering sensible policies on drugs, prioritising diversion and treatment schemes above pointless and expensive ‘crackdowns’ that achieve nothing beyond a headline in the local paper. Let’s activate the Labour voter, for whom equality, fairness and justice when it comes to drugs policing is a real daily issue.

There is clamour, too, to take a stand at local level. Our inbox is inundated with support, as local government figures and councillors ask what can be done to rid our society of this injustice. Rising Labour stars like Lewisham mayor Damien Egan, Warwickshire PCC candidate Ben Twomey, Edinburgh Scottish parliament candidate Lezley Cameron and former national executive committee (NEC) candidate Jermain Jackman wholly support the work our campaign is doing, and are desperate to fight for Labour values.

Our campaign’s network is brimming with ideas and expertise across policy, addictions and treatment. We have consulted with the grassroots, looked at the evidence and considered the political landscape – we know that the status quo is not acceptable, and it is only Labour that can move us forward. Labour needs to lead in finding ways to better control the illegal market, protect communities, and support people struggling with addiction. 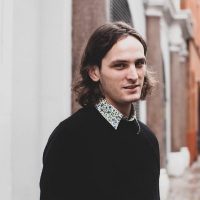 Ant Lehane is secretariat of the Labour Campaign for Drug Policy Reform.

View all articles by Ant Lehane