“But you can’t vote in the elections. You are not from the UK!”
“Why are you involved in politics in the UK if you are not from here?”
“Don’t knock on that door. They won’t like it.”

These are just some of the things that we have heard as migrant members of the Labour Party. We have decided to set up Migrants4Labour, which will be launching on March 18th as a rally with speakers including Afzal Khan, Catherine West, Henry Lopez and Rajesh Agrawal. First-generation Labour migrants are encouraged to engage with us to receive training, support and lots of enthusiasm. We ask all Labour members to support us by lending their voices and platforms to members of our network.

When I moved to the UK seven years ago, I didn’t know my migrant identity would be so important but, almost on a daily basis, the topic of where I was born comes up in conversation. More often than not, these are friendly, harmless conversations. Too often, however, where I am from and the accent I have shape how others see me, my knowledge of UK issues, and my ability to participate, and even my interest, in politics.

That does not stop with me. Migrants in the UK are rarely taken seriously as a political force – even though EU citizens and qualifying Commonwealth citizens can vote in local elections in England, and the latter can also vote in general elections. All migrants with leave to enter or remain in the UK can vote in Wales and Scotland. The exact number of EU citizens in the UK is unknown but recent EU settlement scheme statistics show that over five million applications have been made to the scheme. Despite this, one in two EU citizens are not registered to vote in the UK.

What is the Labour Party’s response? There appears to be no national-level strategy on engaging migrant voters. Migrants in the UK are placed in the “non-voter” category and forgotten while the parties continue to battle for the same old voters. With regards to EU citizens in particular, beyond a few targeted groups identified as right-leaning, based on informal conversations I’ve had, the Conservatives actively wish to prevent the voter mobilisation of this group. It is almost as if they don’t believe themselves when they say they are doing a good job delivering a smooth Brexit.

Labour has rarely attempted to engage with migrant voters. Besides a few interested local councillors going above and beyond trying to engage with their residents, the party’s approach has been lacklustre. In the interest of efficiency, households with European names have been skipped during canvassing sessions I have been in under the assumption that they would not be able to vote. I’ve personally had to explain to more than a couple of Labour councillors that EU citizens like me can vote in local elections. Many migrants can and do become naturalised British citizens in the UK with full voting rights.

I would like to see more being done to engage with migrant communities who need the Labour Party in power. Many migrants in the UK are at risk of labour exploitation, the Home Office’s hostile environment, and racist and xenophobic abuse. Our Prime Minister appeared until recently not to even know what “no recourse to public funds” means, and our Home Secretary proposes sending asylum seekers to the South Atlantic. Brexit has created profound uncertainty for the millions of EU citizens who call the UK home. These are difficult times for migrants to the UK and as Labour members we know that difficult times demand solidarity.

Labour often shies away from talking about immigration entirely. In place of real conversations about immigration policy, we see the defence of free movement that was promised during the leadership contest scrapped and we see many more Union Jack flags used in the background of speeches.

Given that the party’s message and outreach to migrant members in the UK has been lacking, it is no surprise that there are so few elected migrant Labour members representing their communities. Based on our limited research (data on the nationality of councillors is difficult to access), we have only found two Labour Romanian councillors. In comparison, over 800,000 applications for pre-settled or settled status have been made by Romanians in the UK. It is also no surprise that I often find myself to be the only person in Labour meetings with a non-British accent.

Being a migrant in the UK is not the easiest thing. From personal experience, we move around a lot and often live pay cheque to pay cheque. Others with no status in the UK avoid participating in any level of politics for fear of repercussions under the hostile environment. These issues are not conducive to political participation under the current system. But these are exactly the groups that need socialist Labour policies to protect them against labour exploitation and lack of status in the UK.

It is beyond time for Labour to take representation of all communities and nationalities seriously. It is time for there to be policies that represent the needs and interests of migrants in the UK so they feel inspired to join the party. It is time for engagement to be taken seriously, the first step being to reach out to communities that may not even know they can vote and participate in politics in the UK. It is time for the party to better use their migrant members, encouraging and supporting them to stand for elected positions so all nationalities in the UK receive the representation they deserve.

That is exactly what Migrants4Labour is here for. We will look to create and support campaigns that improve the lives of migrants to the UK, and seek to ensure that Labour regards those who have chosen to make the UK their home not as inconvenient policy considerations but as valued members of the movement.

Migrants4Labour will be launched on March 18th at 6pm. People can register for the event here. 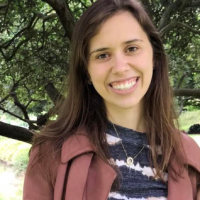 Lara Parizotto is co-founder of Migrants4Labour and works in the migration sector.

View all articles by Lara Parizotto