The challenges facing Israel’s Labor Party will sound all too familiar to all of us; at successive elections, its support has slumped as right-wing populism has seemingly rewritten the rules of politics. In the most recent elections, the party that governed Israel for its first three decades, and which dominated the country’s politics, was reduced to just three seats in the Knesset; its lowest ever representation.

Merav Michaeli is on a mission to change this. Before entering the Knesset in 2013, Michaeli had a long career as a feminist campaigner. She is known for rejecting the Hebrew language’s assumption of grammatical masculinity, instead using the feminine form where masculine is the default. She also always wears black, claiming: “I want people to take note of what I do, not to talk about what I wear.” When she was elected leader of our sister party in January, Michaeli became one of only two female leaders in a Knesset of fifteen parties.

With elections in Israel on March 23rd, Michaeli has built on her feminist background to set out Labor’s platform for a ‘pink-collar revolution’. It is one that should inspire the left and one from which I hope we too can learn. Her International Women’s Day video raised issues facing women in Israel and around the world, including the gender pay gap, domestic violence and the policing of women’s clothing. She has criticised Prime Minister Benjamin Netanyahu for “returning women to the kitchen” during the pandemic, and has pledged to invest “in the women who work as caregivers in Israel: the teachers, nurses, social workers, psychologists in the public service, all the women doing the emotional labour”.

Michaeli’s “feminist social democracy” has been fleshed out with clear policy proposals. Investing in social services and opposing privatisation are prominent. With women representing around 70% of Israel’s 800,000 unemployed, Michaeli has committed to changing the world of work in particular. Last week, Labor announced policies to shorten the workweek from 42 to 37 hours, equalise paternity and maternity rights with a full year of parental leave and to better coordinate the school year with work schedules. Particularly ambitious are plans to provide all citizens with free education, from age one to university.

Michaeli’s strategy appears to be working. Throughout the campaign, she has spoken at many women’s forums, both digitally and in person, as well as giving interviews to ultra-Orthodox Haredi media outlets – thus attempting to reach out to voters well outside Labor’s traditional secular base of support. Recent polling suggests that up to 70% of the party’s prospective votes may come from women. In a sign that her efforts to appeal to Haredi women may be paying off, polls also indicate nearly four in ten of the women who said they intended to vote Labor self-identified as somewhat religious. Labor likewise appears to be winning support from women supporters of other parties.

As Israel’s election day looms, Merav Michaeli’s ‘pink-collar revolution’ appears to have breathed new life into a social democratic party that many had written off. Time will tell if recent polling suggesting that Labor may triple its representation in the Knesset will come to fruition. What we can say for certain is that her example of punchy feminist politics – rooted in the experience of the pandemic and its effect on the everyday lives of families – shows a way that centre-left parties can articulate progressive feminist policies for the 2020s. 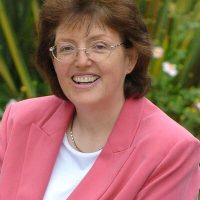 Rosie Cooper is the Labour MP for West Lancashire and vice chair of Labour Friends of Israel.

View all articles by Rosie Cooper