Labour for a Green New Deal will campaign for the Labour Party to commit to a green jobs revolution in 2021. We have submitted a motion to Momentum’s first ever policy primary and we will take it all the way to Labour conference this year.

The clock is ticking on the climate crisis, and the Covid-19 pandemic has exacerbated many of the economic injustices that have long plagued our society. We’re now staring down the barrel of an unemployment crisis, and that’s why it’s even more urgent to build a green new deal with a program of green jobs at its core. No worker should be left behind as we kickstart an economic mobilisation to decarbonise and guarantee everybody’s basic needs.

These green jobs must be well-paid, unionised and secure. They’ll span the entire economy: green energy and technologies, public transport, just climate adaptation, retrofitting homes, sustainable agriculture, social care, education, telecommunications, tree planting and rewilding. Because green jobs are not just for men in hardhats, but for anyone who can contribute to the wide-ranging economic transformation of the green new deal.

The private sector has roundly failed to eliminate emissions (it’s barely even tried) while an economy dominated by profit continues to keep millions in poverty. The green jobs revolution must therefore also be a revolution in ownership. All of these jobs must be in the public sector. Key industries must be brought into public ownership with new public companies created to deliver the core elements of a green new deal.

Labour for a Green New Deal is also renewing calls for a just transition, which will ensure prosperity and security to all workers in polluting industries. We support a comprehensive retraining program and a job guarantee for these workers on union-negotiated pay and conditions. The green jobs revolution must be a revolution in workers’ power. Anti-union laws must be repealed and every single green job should be unionised to rebalance the class forces in our economy that currently makes only the rich richer while producing evermore emissions.

A green jobs revolution at home must also retain the internationalism of the green new deal. The public procurement powers of an expanded public sector should be used to promote international justice, workers’ rights and decarbonisation throughout global supply chains. Labour should reiterate its support for climate reparations and commitment to transfer the finance and technologies to those countries in the global south, which need them to transition their own economies.

How we wrote the motion

Much has changed since Labour for a Green New Deal’s success at Labour conference 2019. An emboldened Tory government, new Labour leadership and the pandemic have transformed our political terrain with significant public spending to tackle major crises increasingly common. Labour for a Green New Deal has taken time to renew our strategy and refine our political priorities. Our ‘green jobs revolution’ motion is a product of these conversations with our national network of local groups, dozens of activists in national teams and allies across the labour and climate movements.

In writing the motion, we invited proposals for lines to include from Labour for a Green New Deal’s policy an research team and other activists. We then worked with key allies to pull these together into a motion that is both timely and strategic in terms of the intervention we can use it to make within Labour. It allows us to campaign around an immediate response to the urgent challenges of climate and the unemployment crisis arising from the pandemic while contributing to our long-term goal of a Labour government delivering a socialist green new deal.

Our plan to win

It will be six months until Labour conference votes on motions from Constituency Labour Parties (CLPs) and affiliates. In that time, we have lots to do to make sure our green jobs revolution motion makes it to the conference floor and has the support to pass. There’s lots you can do to help.

Firstly, we’re asking all Momentum members to vote for the green jobs revolution in Momentum’s policy primary. Voting is open from 24th March until 31st March. Secondly, propose that your CLP submits the motion to Labour conference 2021. CLP meetings will resume after the local and devolved elections in May. Thirdly, we need to win a vote at Labour conference. Run to be your CLP’s national conference delegate so that you can contribute to the weight of support.

Finally, we never stop fighting. Labour Conference 2021 will be just one more moment in the long struggle for a socialist green new deal. We won’t let up the pressure on Labour’s leadership to prioritise a transformative response to the crises of climate and economic injustice. We’ll continue to build a powerful movement within and around the Labour Party and labour movement that can make a socialist green new deal reality. 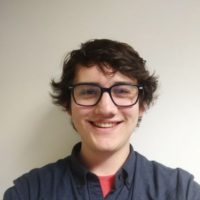