As many of us here in Huddersfield, Batley and other mill towns of the North watch the government’s levelling up programme with a mixture of horror, disbelief and fascination, it is increasingly important for Labour to develop a plan for our Northern mill towns.

On both sides of the Pennines, from Derbyshire up through West Yorkshire across to Manchester, Cheshire and then up into Lancashire, we have a large number of constituencies that hang in the balance between Labour and the Conservatives. Whilst the heavy manufacturing and old coal mining communities of the Midlands, the North East, Nottinghamshire and South Yorkshire are critical, Labour will not form another government until we have a strategy that also responds to the needs of these great communities.

Our four mill town constituencies here in Kirklees – Batley and Spen, Colne Valley, Dewsbury and Huddersfield – have an ever-changing mix of Labour, Tory, Lib Dem and Green movements and councillors. This is replicated in Calderdale, Bradford and across the Pennines in places like Bury, Bolton, Oldham and Rochdale. Across nearly all of these areas in 2019, the Tories won roughly 50% of the constituencies. In 1997 and 2001, nearly all of these constituencies were held by Labour MPs.

In developing our strategy, it is important to start by acknowledging that whilst no two of these towns or constituencies are identical, what they do share in common is a loss of high-skilled cutting edge industry, which for many generations provided common purpose.

Our mill towns were built on the back of hard-working and highly skilled men and women. These communities had a good deal of spirit and enormous pride in the cloth that they produced and it is no coincidence that so many of the non-conformist and radical movements, from the Luddites to the Rochdale Pioneers, all started here.

These towns were built on an altruistic civic pride, with the most successful mill owners investing in the public realm. This provides a distinctive architectural heritage for our mill towns, the best known of which is perhaps Saltaire, although no less impressive are the town centres in places such as Batley and Rochdale. Most importantly of all, our mill towns were built on the skill, innovation and diversity of people from different cultures and continents.

In this context, we need to champion our mill towns as a category of communities distinct from other ‘towns’ – seaside towns, former mining towns, spa towns – all of which have very different economic and cultural contexts.

Over the past 50 years, more than 50% of our mills have been mothballed and most of our engineering firms have been bought by large multinationals. A generation ago, a young person here had a legitimate expectation that they could train and work in a skilled and relatively well paid job. Nowadays too many have to either get up and get out to Leeds, Manchester or London or resign themselves to a job in a warehouse distribution or logistics centre.

Despite the loss of high-tech industries and jobs, our mill towns retain their civic pride, artisan skill and innovation. It lives on in the business community, through our trade unions, cooperative and community organisations, and in the ever increasing diversity of our communities today.

It’s there to be harnessed by our party, especially in this time of heightened attention on health and other inequalities, when business leaders are far more willing to look outside of our major cities for office space and opportunity. But we will only do this if we are better than the Tories.

First, we need candidates who will be bold in standing up to the Tories when they peddle the line that big infrastructure projects are the only route to regeneration and that cities such as Leeds and Manchester as the only source of economic renewal in the North.

We know that a new train line or housing scheme without better schools, colleges and local job opportunities will just turn a mill town into a dormitory town, providing a conveyor belt of talented young people for one of our major cities. We need to show people how a Labour government would invest in the skills and education of our local communities, as part of a determined strategy to bring growth businesses in the digital, green and health sectors back to towns like Halifax and Heckmondwike.

Second, our candidates must be unafraid to be seen with and pull on the talents of people at the intersections of all communities – Black, white, rich, poor, aspirational, Asian, female, disabled, LGBTQ. No favourites and no gatekeepers, as we all know there can be sometimes in the Labour Party. And whilst the Tories want us all to be flying the Union Jack every day from our civic buildings, we must be better than their dog-whistle politics and champion our identity through the flag of local civic pride.

Lastly, we need candidates who are unafraid to be non-conformist, to be green and to speak up on behalf of concerned local groups. Candidates with the skills to work with a rich mix of councillors, business leaders, residents, trade union and community activists and who are willing to do the work required to represent multiple towns within a constituency.

The Tories’ patchwork funding approach will not achieve any real form of ‘levelling up’. As reported on LabourList earlier this month, the primary aim of this approach is clearly to hold on to power by winning key battleground seats. Gentrifying Darlington and moving a part of the Department for Transport to Leeds might shift a bit of wealth from London to the North, but it will hardly touch the lives of my daughters and their friends growing up here in Huddersfield, and won’t restore the industry and common purpose our mill towns have lost.

We are living through one of the most challenging and changeable economic and social periods since World War Two. We in the labour movement have an opportunity to grab hold of this moment and to show people how we would do things in a fairer and more productive way, by including local people and rebuilding a distinctive sense of industrial purpose for each area. 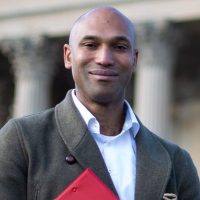 Hugh Goulbourne is a commercial lawyer and member of the Renaissance advisory board. He also chairs the Huddersfield and Colne Valley Cooperative Party.

View all articles by Hugh Goulbourne