It is hardly a secret that the past year has not been the easiest for Labour’s health affiliate, the Socialist Health Association. Founded in 1930 to campaign for a National Health Service and support Labour’s plans to bring it about, the organisation has a long history of working quietly but diligently for a socialist health and care policy. It brought together the professionals – the doctors and nurses – with those who were fighting for patients’ needs and rights.

In recent years, the rifts that have afflicted so much of the Labour Party crept into the SHA. By last year, there were serious concerns about its viability. The SHA constitution was not being adhered to, finances were in a mess, trade unions had disaffiliated and links with the Labour frontbench health and social care team had completely disintegrated.

To rescue the organisation, a new leadership came together and over the past year a huge amount has been done to repair the damage. This, despite the previous leadership being unwilling to assist in the transition. But elections are upon the SHA and a group of candidates have come together to maintain the momentum under the banner: “Support for NHS”.

What is striking about the Support for NHS candidates is the breadth, depth and diversity of our collective experience – both inside the NHS and as patient advocates – as doctors, nurses, midwives, trade union activists and councillors, and in the NHS and in social care as clinicians, support staff, at board level and on policy.

Dr Zahid Chauhan is typical. A GP and health campaigner in Oldham, he has one of the toughest areas to work in. Covid has taken a terrible toll on the local population, and many in the large Asian community have been hesitant about being vaccinated.

Linda Hobson is another. She is a registered nurse and an experienced UNISON representative, as well as being a local councillor in Newcastle. She brings local political and medical experience to Labour’s national policy forum, of which she is a member.

Katrina Murray is the Support for NHS candidate for chair. She’s another senior union representative, also for UNISON, who has a record of being a passionate campaigner against privatisation in the NHS via private finance initiative contracts. Her experience inside the NHS, starting as a clerical officer in 1989 and more recently in managerial roles dealing with organisational change, alongside her union activism will stand her in good stead in keeping the SHA running smoothly.

Jean Hardiman-Smith is standing for secretary, a role she currently occupies. This should allow continuity in the SHA, which needs stability after the difficult past few years. With training in mental health, Jean is a health and care policy advisor to civil service pensioners. Originally from Glasgow, she brings experience of working with the city’s poor and working class.

Martin Brooks is the Support for NHS candidate for treasurer. He has helped bring financial stability to the SHA since September 2020. A former Labour councillor in Birmingham, Martin has worked with the UN in post-conflict regions including Bosnia, Kosovo and Afghanistan.

The Support for NHS candidates have in common a determination to put Keir Starmer and the Labour Party in government, as a first step to end the cuts that have devastated the health and care sector under the Tories. Unless Labour can win an election, there’s no chance that this will come about. The challenges engulfing our NHS and social care sector are starker now than ever.

The Support for NHS candidates are passionate about stopping the creeping privatisation of the NHS. We need proper investment to protect and build the care services that we can be proud of. We need to put the wellbeing of our staff at the top of the government’s agenda including decent pay; equipment and the resources needed to do the job; and proper recognition for all roles in our health and care systems.

Backing and assisting Keir Starmer as he fashions his offer to the British people in these key areas is central to our approach. Working with the Labour frontbench, rather than carping from the sidelines, unites this diverse group of health professionals, patient advocates and trade unionists from a wide range of backgrounds. We hope to have your support. 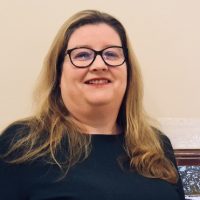 Katrina Murray is a senior UNISON activist with 20 years in a NHS managerial role and a record of campaigning against privatisation in the NHS. She is running to be chair of the Socialist Health Association.

View all articles by Katrina Murray 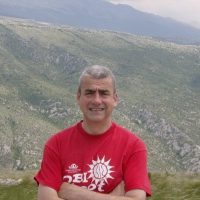 Martin Brooks is treasurer of the Socialist Health Association and a former Labour councillor in Birmingham who has worked with the United Nations in post-conflict regions, including Bosnia, Kosovo and Afghanistan.

View all articles by Martin Brooks 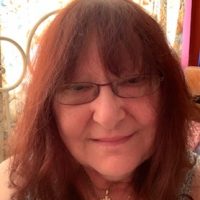 Jean Hardiman-Smith is secretary of the Socialist Health Association and health and care adviser to Civil Service Pensioners with a background in mental health and fighting privatisation of the NHS.

View all articles by Jean Hardiman-Smith