The government’s new race report by Tony Sewell claims that Britain is a “model” for the world. But the reality could not be more different. Indeed, just 18 months ago, the United Nations special rapporteur for racial equality Tendayi Achiume said that Britain’s levels of inequality are so bad that it amounted to a “threat to democracy“.

Achiume found that “racism and discrimination are weakening the UK democracy and prosperity” and that government policy was to blame. This chimes with the government’s own report on race in the workplace, by Conservative peer Ruby McGregor-Smith, who came to a similar conclusion. Baroness McGregor-Smith said that racism in employment was costing Britain £24bn a year – the equivalent of 1.3% in GDP in lost talent and economic output.

Has Britain suddenly become more racially equal in the past year? Quite the opposite. TUC research has found that Black, Asian and minority ethnic (BAME) unemployment rose twice as fast during the Covid-19 pandemic than for white workers. And last weekend, the TUC released further analysis to show that BAME youth unemployment has rocketed by 50% over the same period.

Tony Sewell’s claims his commission has taken an “evidence-based approach”. But what his review has really done is to cherry-pick data to fit a narrative that bears little resemblance to reality. In doing so, the government has moved the other reports and reviews that they have commissioned – McGregor-Smith, Elish Angiolini, Windrush, David Lammy – from the shelf where they have been gathering dust to the wastepaper basket.

This report echoes a speech that equalities minister Liz Truss gave on being led by “facts not fashion”. The trouble is that the government is only interested in facts that support its exceptionalist view that Britain is a beacon to the world on race equality, and that institutional racism doesn’t exist. The “burning injustices” that Theresa May spoke about on becoming Prime Minister are burning as fiercely as ever, as we see from the fact that Black African men are nearly four times more likely to die from Covid. And the rates for Pakistanis and Bangladeshis are almost as high.

This is the result of BAME workers being overrepresented in frontline jobs that have put them at greater exposure to the virus. These jobs are often low-paid and precarious, which entrenches poverty and health inequalities. Unless the government tackles these underlying problems – for example, by banning zero-hours contracts on which BAME workers are twice as likely to be employed – then the fires of injustice will continue to burn.

Ministers must not be allowed to get away with saying there is ‘nothing to see here’. At a time when President Joe Biden is talking about a “racial reckoning” and signing executive orders to address racial inequity, the UK government is refusing to publish equality impact assessments or make use of the public sector equality duty.

Ministers in Westminster are out of step with what is happening in Wales, where the Labour-led assembly is currently consulting on a race equality action plan that would, among other things, put race at the heart of procurement of government contracts. We have seen nothing of the sort from Boris Johnson’s government, despite the opportunity to make tackling inequality a key part of our Covid recovery.

We need to be honest with people. Britain has a climate in which racial inequalities thrive, and that is structural racism. The Equality and Human Rights Commission has called for a comprehensive race equality strategy. But not only has that call been ignored, today’s Sewell review calls for the rolling back of progress.

Racism is more than “anecdotal”, as Sewell says. It is more than ‘a few bad apples’, as the police used to say before the Macpherson inquiry introduced the concept of institutional racism. Racism is entrenched, systemic and everywhere we look. Racism is a stain on society and we cannot turn the clock back or reverse the fight for race equality. 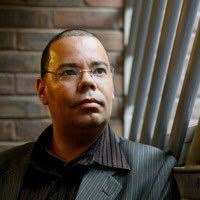 Lester Holloway leads the work of the TUC’s anti-racism taskforce.

View all articles by Lester Holloway