I was born in Northern Ireland in 2000 to parents from either side of the traditional sectarian divide. Their relationship was formed in the context of a decades-long violent conflict that divided our communities on green and orange lines. They grew up in a society completely different to mine, under a cloud of violence and fear where nightly news bulletins reported on explosions and killings. A society of “us” and “them”.

Despite the riots which have taken place this week, we shouldn’t lose sight of the huge progress we have made. The place I’m proud to call home today is very different to what it was for my parents. Unlike them, I’ve enjoyed a life free from the fear of armed conflict. I have friends from all backgrounds, siblings at a cross-community integrated school, and opportunities my parents simply couldn’t have imagined.

The Good Friday Agreement laid the foundations for that progress through cooperation. It created, as the Declaration of Support itself states, “a truly historic opportunity for a new beginning”. But it was a starting point, not the finishing line.

Peace is a process, and as a labour movement we know it can only be advanced by social justice. On its creation a century ago, the International Labour Organisation (ILO) did so under the banner “If you want peace and development, work for social justice”.

The ILO understood a simple, powerful truth: conflict and division are only overcome by tangible progress to the real lives of people. Decent jobs, equal rights, quality public services and social institutions accessible to all. As John Hume, the Nobel Laureate, co-signatory of the Good Friday Agreement and former leader of the Social Democratic and Labour Party, said: “There’s no peace process like a job”.

But rather than work to secure progressive change, politicians have instead delivered a toxic combination of the politics of austerity and identity. 14-year-old boys who see a future for themselves don’t throw petrol bombs. It comes as no surprise that the worst of the violence in Northern Ireland this week has taken place in areas with some of the highest levels of deprivation anywhere across these islands.

That’s not to excuse violence. It’s wrong, achieves nothing, and prevents people from trying to live a normal life. At home this week with my parents and family, we’ve been unable to leave the house after 8pm for fear of car hijackings.

People in my town have been pulled from cars, their bins set alight, and petrol bombs and fireworks thrown, including at a bus driver. It has been depressing and sad to live through. But so is the thought that the only result might be children getting criminal records before GCSEs.

Paragraph 12 of the Good Friday Agreement states: “The participants [in the Agreement] recognise that young people from areas affected by The Troubles face particular difficulties”. During The Troubles, one-quarter of those killed were aged between 18 and 23 and youth unemployment was significantly higher than the Northern Ireland average. Young people bear the impact of political failure more than any other group.

That Brandon Lewis MP, the Northern Ireland Secretary, has been more willing to break international law than understand or implement it is an indictment of this Tory government’s approach to Northern Ireland and to British-Irish relations more broadly.

The challenges young people face here are greater than the events of this week. It will take renewed commitment from all parties, governments and political leaders across these islands to address them.  Labour must be part of that effort, and through the leadership of Shadow Northern Ireland Secretary Louise Haigh MP it is doing so.

Last month, I was proud to join Louise, Professor Jon Tonge and young people from across Northern Ireland for the third session of Labour’s Good Friday Agreement Programme, which focused on ‘The Peace Generation’.

From every corner and community, we were united in saying that too often we are seen as problems to be solved, especially by those who do not live here and understand our realities. That we hope for more than a mere cessation of violence and that our horizons are focused on the future, not the past.

The Good Friday Agreement is as important today as it was 23 years ago because it provides the basis for cooperation across these islands. It also serves as a reminder that it’s within our gift to make progress if there is the political will to do so.

It will be especially important in the months ahead. If we are to avoid the scenes of this week happening again, our political leaders must renew their commitment to it, whilst recognising that to secure lasting peace we must advance the cause of social justice. 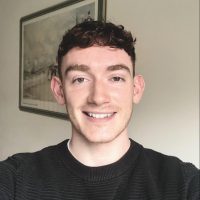 Chris Swann is the youth and student officer of the Labour Party Irish Society.

View all articles by Chris Swann 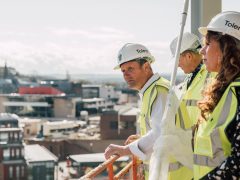 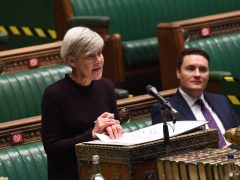