There has been no end of navel-gazing in the Labour Party since its poor local election results. Yet, for all the ink spilled, rarely does the party talk about one crucial reason it continues to perform so poorly: continually underestimating Boris Johnson. From this mistake follows a litany of others.

Voters don’t see Boris Johnson as Labour sees him. A core plank of Labour’s strategy has been to point to, as they see it, Johnson’s obvious incompetence. Yet the public, it seems, disagree. Work by the pollster James Johnson immediately after the local elections showed that being competent was, in fact, the reason most cited for voting for Johnson and his party. If you’re a Labour MP, member or voter, let that sink in.

Ultimately, for Labour to effectively counter Johnson, the party has to understand who they’re up against, what voters like about him and that – after winning the London mayoralty twice, the Brexit referendum, the leadership of his party, the 2019 general election and now trouncing Labour in Hartlepool – he might actually be a half-decent politician. Controversial, I know.

Underestimating Boris Johnson is also at the core of why Labour’s accusations against the government ring hollow. Rather than merely ‘bluff and bluster’, Johnson’s government has actually delivered, on Brexit, the furlough scheme and the vaccine programme. Of course holes can be picked in each of them, but an only semi-engaged public will look at the broad outcomes and conclude Johnson has done a reasonable job in tough circumstances. Labour’s outrage appears out of proportion.

Voters don’t see Keir Starmer as Labour sees him either. Because it is a self-evident truth to most in the Labour Party that Johnson is wholly unsuited to the office of Prime Minister, the assumption is that Starmer automatically appears a more credible alternative to voters by default. This partly explains his passive strategy prior to the local elections – wait long enough and voters will eventually see through the Prime Minister, so the thinking goes. Yet because voters don’t share Labour’s prejudices, the expected benefit to the party’s popularity inevitably fails to materialise. This is writ large in Starmer’s approval ratings, which have gone sharply into reverse.

It is more than curious that after being so thoroughly defeated by Boris Johnson at the last general election Labour should continue to underestimate him. Instead – and this says a lot about the party – the explanations for Labour’s losses have been overwhelmingly internal: the Labour leader, the party’s position on Brexit, the party’s shift rightward, the party’s shift leftward — anything it would seem not to acknowledge that Johnson is better at connecting with the voters Labour sees itself as representing than Labour is itself. This runs deeper than a simple tactical mistake. The inability even to comprehend that the Prime Minister could be seen by moderate voters as anything other than a bumbling buffoon speaks to a profound intellectual failure.

From all these mistakes follows perhaps the most important: the assumption that the party’s former voters would eventually see the light and realise that Labour has their true interests at heart, not the Conservatives. Except it’s not just Johnson’s appeal, substantial though that is, that has led them towards the Conservatives. Just as importantly, Labour has repelled them. Many former Labour voters do not believe the party has their interests at heart, and they may be right. It is not simply that Labour needs to show voters it cares, it needs to share their values and for that it may need to be a different party altogether.

As a result, even if Johnson fails to deliver on his levelling up agenda by the next election – and there is actually plenty of work ongoing to suggest some progress will be made – these are now, if anything, Conservative voters. The ‘Red Wall’ cliché is unhelpful in many ways, but mostly because it implies continued Labour ownership over these voters and these seats. This is a recipe for complacency, and complacency is what it has produced. Unless Labour offers a compelling and credible alternative, they will stick with Johnson, and they may do even if Labour does get its act together.

The party’s trajectory under Starmer was set on the wrong course from the beginning. As Rafael Behr eloquently wrote recently, Johnson and the Conservatives are not what Labour paint them as. Crucially, this means that Labour also misunderstands how it is seen by voters. If the party had not thought it was taking on an unprincipled chancer but one of the most successful politicians of his generation (and these are not mutually exclusive), Labour might have taken its own difficulties more seriously. That they didn’t speaks to a chronic inability to see beyond their own prejudices, and that may be the most damning conclusion of all. 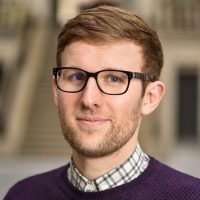