The departure of Benjamin Netanyahu will be welcomed by progressives everywhere. His 12 years as Israel’s Prime Minister have helped to stifle the peace process and the search for a two-state solution. They have left Israel more divided at home. And they have made the country’s politics and public debate more toxic and coarser.

Ousting Netanyahu was the primary goal of the “government of change” that has now assumed power. It is undoubtedly an ideologically disparate coalition – running across the gamut of the Israeli political spectrum from right to left.

But the new government’s ideological diversity is also a potential source of strength. The Israeli writer Yossi Klein Halevi has rightly labelled it a “coalition of the courageous”. “Each leader who has led his or her party into this strange and unwieldy government has taken a risk,” he wrote earlier this week. “The hard left Meretz has empowered the hard right Yamina, and Yamina has enraged much of its base by partnering with Meretz. Yisrael Beitenu, which not long ago accused Arab Israelis of treason, has embraced the Islamist party, Ra’am, as a coalition partner; and Ra’am, whose founding charter calls Zionism racism, has joined a Zionist government.”

For Labour, there is, of course, huge pleasure to be had in seeing two of our sister parties, Labor and Meretz, back in government. Under the inspiring leadership of Merav Michaeli, who becomes transportation minister in the new administration, Labor has been politically revitalised and, after a series of disappointing election results, appears to be on the path to recovery. Michaeli will be joined in the cabinet by the veteran Labor MK Omer Bar-Lev, who will serve as public security minister. Four other Labor MKs will serve in the government. Meretz is back in government for the first time in 20 years and its leader, Nitzan Horowitz, becomes the health minister, while Tamar Zandberg takes the environment portfolio and Issawi Frej – only the second Israeli-Arab to serve as a minister – will head the regional cooperation ministry.

Frej’s appointment underlines the new government’s diversity. Alongside Michaeli, it will, for instance, have a record number of female ministers. It is also the first time that an Israeli-Arab party has chosen to formally participate in an Israeli government, with Mansour Abbas, the leader of Ra’am, expected to take a deputy ministerial post in the Prime Minister’s Office. Ra’am’s decision will help to tackle some of the deeply entrenched inequalities faced by Israeli-Arabs: the new government will invest an unprecedented $16bn in Arab communities over the next few years. The government will also freeze demolitions in the Negev while it formulates a clear policy.

Wider social and economic reforms are also part of the coalition agreement. Labor and Meretz leadership at the transport and environment ministries is to set to usher in an ambitious programme to tackle climate change. Michaeli has already set out plans for big increases in investment in public transport to both cut pollution and reduce social inequalities. Meretz meanwhile won a pledge that the government will introduce an anti-emissions law, which will set up binding, nation-wide greenhouse gasses emissions regulations.

Horowitz, the first openly gay leader of an Israeli political party, has also hit the ground running on LGBTQ+ rights. In his first day in the health ministry, he announced plans to lift the remaining restrictions on gay men donating blood. The government is also committed to using “all the tools at [its] disposal to advance the gay community’s rights”. The socially conservative Ra’am, which won an opt-out allowing it oppose such efforts, will represent an obstacle. As one commentator noted, however, “the fact that Yamina – a religious Zionist party – signed off on this language is in itself an achievement”.

Deep divisions – between the hawkish Yamina on the one hand and the dovish Labor and Meretz on the other – mean that the government is unlikely to be able to agree any radical moves on the conflict between Israeli and the Palestinians. However, Yair Lapid – who, as leader of the centre-left Yesh Atid, assembled the coalition and will become Prime Minister in 2023 – has already suggested that some progress is still possible. “We might not be expecting a final status agreement soon but there is a lot we can do to improve the lives of the Palestinians and the dialogue with them on civil issues,” he argued this week. Lapid has also made clear that, as Foreign Minister, he wants to restore Israel’s ties with Joe Biden’s Democrats and European governments, which were shamefully neglected by Netanyahu.

As the Haaretz columnist Noa Landau has noted, the presence of right-wing parties makes the new government a potential “minefield” for the left. But, as she rightly argues, “after years in opposition, a role drained of any content, the centre-left during the Netanyahu years, now has an opportunity to advance some real policies”. 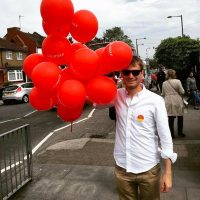