Worthing is a coastal town in West Sussex with a population of 110,000. We are split into two constituencies that elect councillors to the borough council. In 2016, Worthing was a bastion of Conservative political control. Labour hadn’t had a borough councillor for nearly 40 years. But, like many CLPs, 2015-16 saw an influx of new or newly active members following the election of Jeremy Corbyn, and with that came the ability to campaign in a way not possible before.

Our first councillor was won in a by-election in 2017, after which we quickly won four further seats, five the year after that and we have just added another five in the recent local elections, slashing the once rock-solid Tory majority to just one. As if that wasn’t enough, we also won a historic five county council seats across the town (three of which were in East Worthing).

East Worthing is a small branch of the East Worthing and Shoreham CLP and, while we only have four wards, we have won a phenomenal 11 council seats in the last three years. People have been contacting us to ask how we’ve done it. Here’s what we believe to be the keys to our success.

We’ve all heard the familiar “we only see you at election time” when out on the doorstep. In East Worthing, we’ve worked hard to ensure this isn’t the case. Throughout the year, we engage in ‘listening campaigns’, where a team of activists go out at the weekend with a councillor to knock doors and find out how people are doing and what they need or want to change in the town. Residents from all political persuasions are grateful to see politicians outside of the normal election cycle, actively trying to support them.

Over the past couple of years, along with our neighbours in Worthing West CLP, we have launched town-wide surveys with residents, on town centre regeneration and the cost of school uniforms. These were completed by over 1,000 people and fed directly into our election pledges. This allows us to confidently speak to what residents want and to oppose Tory policies we know are unpopular.

Earlier this year, the Conservative-run West Sussex County Council voted to close 32 of our 43 children and family centres across the county. Activists from East Worthing and Shoreham CLP organised a petition and seeing the huge public response – 10,000 signatures – led a county-wide campaign to save the children’s centres. We organised an online public meeting, developed a public pledge to save the centres for all politicians and candidates across the county to sign (or not!), set up a dedicated Facebook page, got press coverage and distributed targeted leaflets about the closure of individual centres to residents in the surrounding areas. The campaigning background, commitment and numbers of our activists meant that we had the drive, the resources and the experience to launch a prominent and high-profile campaign. Other examples of similar campaigns we have run are the outsourcing of the local theatres and changes to waste and recycling.

Getting elected at a Labour Party AGM is usually tantamount to agreeing to take on a full-time job, for free. We recognise this and try to promote job shares where possible and have also added an

extra campaigning position to our executive committee. Our vice-chair campaigns role focuses on political campaigns (e.g. local elections) and our vice-chair community campaigning focuses on local political activism (such as the children’s centres campaign) and developing community action to support our residents. The combination of these roles and the two extremely able people who fill them means that, organisationally, we are able to be effective on multiple fronts, which helps us to support our communities, publicly resist Tory carnage and win elections, whilst maintaining some semblance of a normal life.

We have members in lots of local organisations that have been involved in high-profile protests over the last few years – school funding campaigns, Black Lives Matter, Stand Up To Racism, and residents and parks groups. This has made us more visible. Our councillors’ support for, and involvement with, this work has helped with the ‘What have you done since you were elected?’ question.

One of the legacies of Corbyn’s leadership was the focus on community organising, and the support we received from our local community organiser pre-Covid inspired us to undertake an unprecedented and sustained amount of community activism in response to the pandemic.

Although in opposition, we believed that we didn’t need to run the council to effectively change our communities. We set up three mutual aid groups across East Worthing, which helped thousands of people with food, prescriptions and befriending. We also set up a school uniform exchange shop, and one of the mutual aid groups developed into a support group helping thousands of families right across the town. The Broadwater Support Group is now established as the town’s number one community support organisation, and its agility and responsiveness has meant that it can help people with an unusually wide variety of support needs.

We set up a non-referral independent food bank, The Worthing Food Foundation, which has provided fresh fruit and vegetables, non-perishable food, toiletries, sanitary products and other essentials to over 10,000 people. We have done it in a dignified and community-owned way, with our organisation being entirely voluntary and run with over 100 volunteers from the community. Based on ‘Housing First’, we have developed a ‘Food First’ approach to supporting those most in need.

The ‘socialism in action’ approach is rewarding in and of itself but it also roots our party in our communities and allows those desperate for a politics of community action to embark on this without power. We are now in the process of opening our own community hub.

Our local branch is, by the standard of Labour Party internal relations, unusually warm and supportive. We like each other socially, and like a family we focus on the aims we share, i.e. getting the Tories out, and do not dwell on the things we don’t agree on (or not much). We have become experienced at putting our political differences aside and focusing on the bigger picture.

Our meetings are informal, fun, action-oriented and usually end in the pub. This has helped us to be attractive to local members to get involved and stay involved in all aspects of our activity. We now have an unusually high number of activists for a branch of our size. Many of our social activities include a fundraising element (including notoriously shit raffles), which has helped our campaigning. We also have regular Super Saturday campaigning days where people who don’t always come to meetings or go canvassing can get involved in campaigning with lunch.

Ahead of the local elections, the Labour group of councillors developed ten pledges for Worthing that were forward-looking and gave us a solid campaigning purpose, with clear literature and excellent social media films and content. Our vision and pledges were based on ideas that are working in Labour councils around the country and were affordable with the finances that council officers said were available.

We assiduously keep our political campaigning and electioneering dignified and positive. We do not engage in any of the nastiness and negativity that comes our way from the local Tories – and believe us, there’s plenty of it. Not responding allows them to continue to scream into the void, whilst we busy ourselves with removing them, one seat at a time.

None of this is particularly innovative, but the combination of these aspects of Labour Party life, social relationships and community activism is unusual and has played a substantial part in our phenomenal success in what was considered to be a safe Conservative area. Yes, we’ve been helped by changing demographics along the coast, but many of our very marginal wins show that without the hard work from committed activists, we simply wouldn’t have had these results.

As a Labour member in a Tory stronghold, it can be easy to fall prey to a sense of helplessness. However, as left-wing activists we are used to nobody giving a shit about what we think and used to trying to make change without having any access to the local levers of power. Whether in opposition or not, being a Labour member can and should be so much more than sitting in dreary meetings complaining about Tories. Politics should be the antithesis of the sprawling, lifeless council meetings that make members of the public feel like drunk gate-crashers at a party for dull aliens. It should be a vibrant, energising experience for the people who engage with it and it should always be transformative. For our members, it is about getting out and getting our hands dirty at the coalface of real community need. 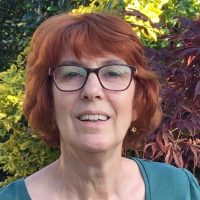 Liz Nicholson is East Worthing Labour branch chair. She helps to coordinate the Worthing Food Foundation, a community group set up by Labour members and councillors to support those in need in Worthing.

View all articles by Liz Nicholson 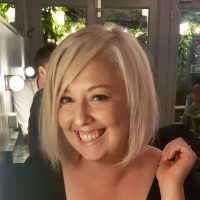 Hilary Schan-Martyn is the campaign coordinator for East Worthing and Shoreham Labour. She coordinated the 2021 borough and county elections campaign.

View all articles by Hilary Schan-Martyn 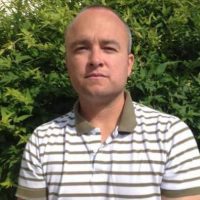 Carl Walker is deputy leader of Worthing Council and cabinet lead for communities and young people. He is East Worthing and Shoreham CLP community campaigns lead.

View all articles by Carl Walker